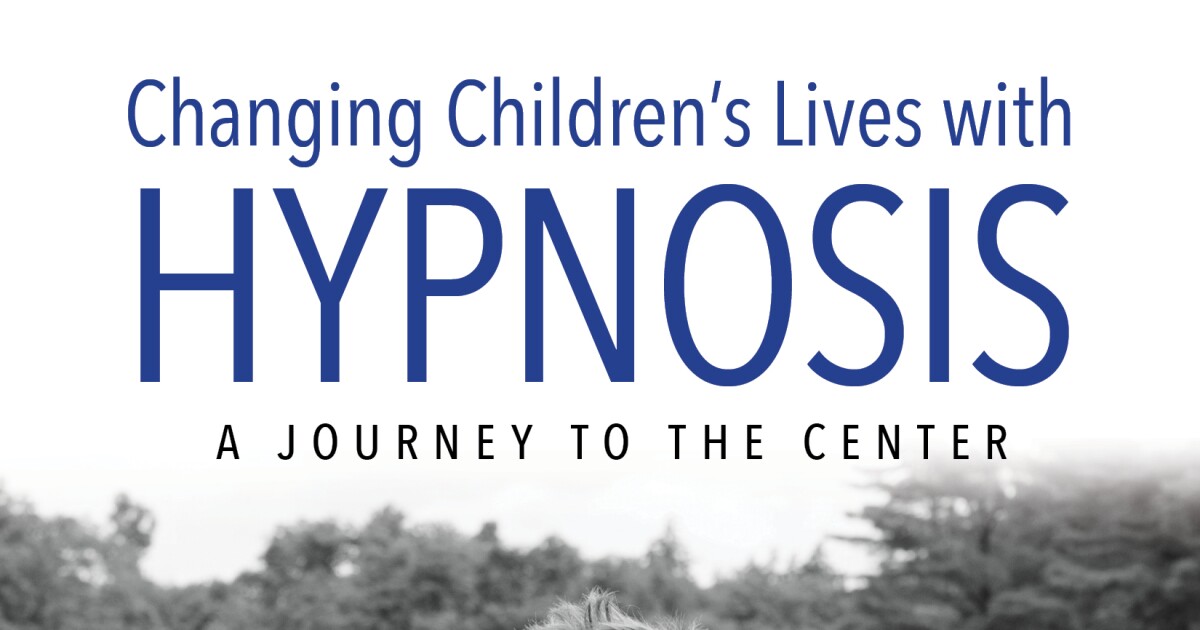 Hoping to demystify the methods he uses daily with his patients, Dr Ran Anbar has written a book detailing the use of hypnosis with children.

Anbar, who runs Center Point Medicine, a pediatric hypnosis practice in La Jolla, said he wrote “Changing Children’s Lives Through Hypnosis: A Journey to the Center” for parents, but that “ everyone can learn from it. “

The book, released Nov. 15, provides an overview of hypnosis using “many examples of different children who have benefited” from the use of the practice to treat physical and psychological symptoms.

“There is no downside” to hypnosis, according to Anbar, who said it is safe and free of side effects.

He said he hopes the book will educate parents on an often overlooked treatment strategy. “They just don’t realize it’s an option,” he said. “This is my therapy of choice, and I think people should be offered it early enough in the medical assessment.”

Anbar began to give up his pediatric pulmonary practice in 1997 when a teenager with severe milk allergies developed asthma attacks from simply smelling cheeseburgers.

“I told him, ‘Imagine eating a cheeseburger,’ which he couldn’t do in real life,” Anbar said. “Within seconds, he was having trouble breathing. He was having an asthma attack in front of me. I said “Stop! “And he did.”

Anbar said he realized that “your imagination can lead you to an illness like this” and he began to explore if “you can think of your way out”.

Having previously undergone hypnosis training from a colleague, Anbar tried hypnosis techniques with the patient and found the patient to be receptive to the process.

Anbar, who has undergraduate degrees from UC San Diego in biology and psychology, began to develop his skills in hypnosis, which he said “Doctors use … whether they know it or not, because when we talk to our patients, when we establish a relationship, when we give them suggestions, there is a lot of hypnosis going on.

He said incorporating hypnosis into medical practice “will only improve your ability to be a doctor.”

Anbar said he has expanded his hypnosis work to include more of his lung patients, from children who cough to those with shortness of breath and vocal cord dysfunction, when the vocal cords stop and prevent a person to speak and breathe normally.

He said vocal cord dysfunction is often curable with hypnosis, as opposed to other treatments such as Botox injections or tonsillectomies.

Anbar then expanded his practice of hypnosis to include issues such as headaches, stomach aches, and bedwetting, as well as anxiety and depression.

Anbar said that “all hypnosis is truly self-hypnosis. … A lot of people think hypnosis is a magic show, that I’m going to make you giggle like a hen and control you. This is not hypnosis.

” What is the [magicians’] audience volunteers don’t realize they’re doing it themselves. The magician tells them things and they do it.

Hypnosis, he said, “is within your reach. … It is not sleeping; you know what’s going on and you can stop at any time. … I show this to children every day. I show them how it works.

“We all do hypnosis all the time,” he added, such as when we daydream during a boring conference or go home without realizing the details.

“Hypnosis is a habitual state of mind” in which we are influenced, said Anbar. “You can make suggestions to yourself because the conscious has sort of gone out of the way.”

He said he moved to La Jolla six years ago in an attempt to “open a practice that showed you could do hypnosis full time and make a living.” I did it.

He has also started a franchise network aimed at teaching other physicians how to practice hypnosis using the model he employs.

“Hypnosis has been around in its modern form for 70 years and yet no one knows it,” Anbar said. “It is worth inquiring about. “

“Changing children’s lives through hypnosis: a journey to the center” is available on dranbar.com. ??

I am a pediatrician, and this is how your child could be killed by his fluff