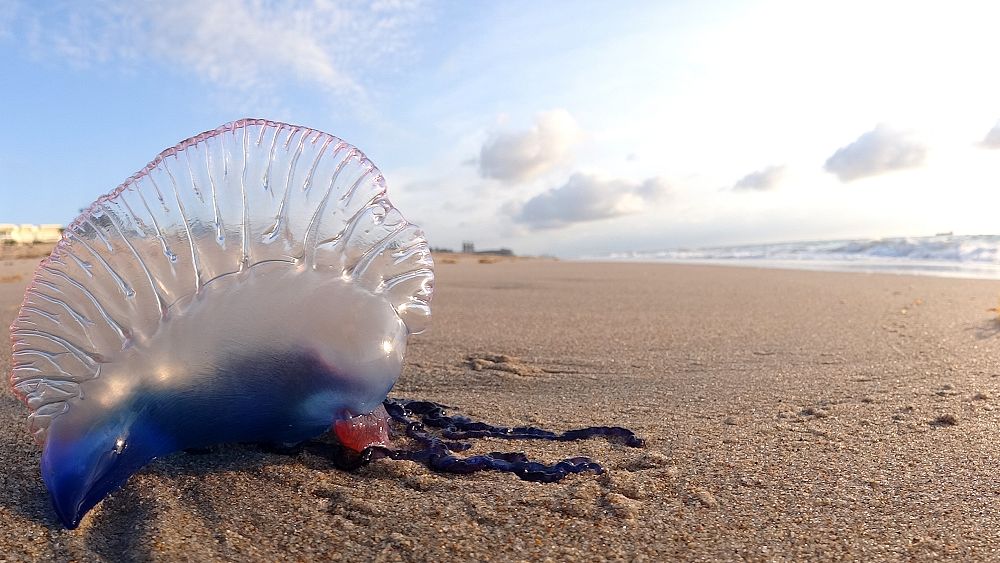 A woman has been placed in an intensive care unit in Sicily after losing consciousness from what was most likely a bite from a Portuguese man-of-war, a marine protozoan known for its long, venomous tendrils.

The head doctor at San Marco Hospital in Catania said the woman was suffering from exhaustion, difficulty breathing and severe cardiac arrhythmia – all symptoms caused by the dangerous sea creature.

Quoted by Italy La Repubblica newspaperBenedetta Stancanelli said that “the lesions on the back and on the legs suggest that it could really be a bite from a Portuguese man-of-war”.

The incident happened while the victim was swimming off the Cyclopean Islands, a few kilometers from mainland Sicily.

The woman, who allegedly had underlying conditions, was rushed to intensive care hours after she passed out following the malicious encounter.

What is the Portuguese Man of War?

Although it is rarely fatal – with around three fatalities attributed to the sea creature – its sting is excruciatingly painful and poisonous.

Its tentacles can reach up to 30 meters and cause symptoms ranging from “local skin necrosis to neurological and cardiorespiratory problems” leading to death, say the researchers.

Although it looks a lot like a jellyfish, it is not. It’s a “colony of several small individual organisms with specialized jobs“. It does not move by swimming but instead uses winds and currents.

What is its distribution in the Mediterranean?

Experts say the number of sightings in the Mediterranean Sea appears to have increased in recent years, sometimes dramatically. But the increase in sightings may also be due to advances in research, they believe.

In 2010, a woman in Sardinia died after anaphylactic shock allegedly caused by her tentacles. Again, the woman seemed to suffer from underlying conditions.

What if it stings you?

Soak the affected areas in hot water (42˚C), Australian authorities suggest, and apply cold compresses and pain relief cream. Lesions should not be treated with vinegar – and tentacles should only be removed with tweezers or a gloved hand.

The ambulance is waiting: the most affected conditions – “These people need treatment as soon as possible”