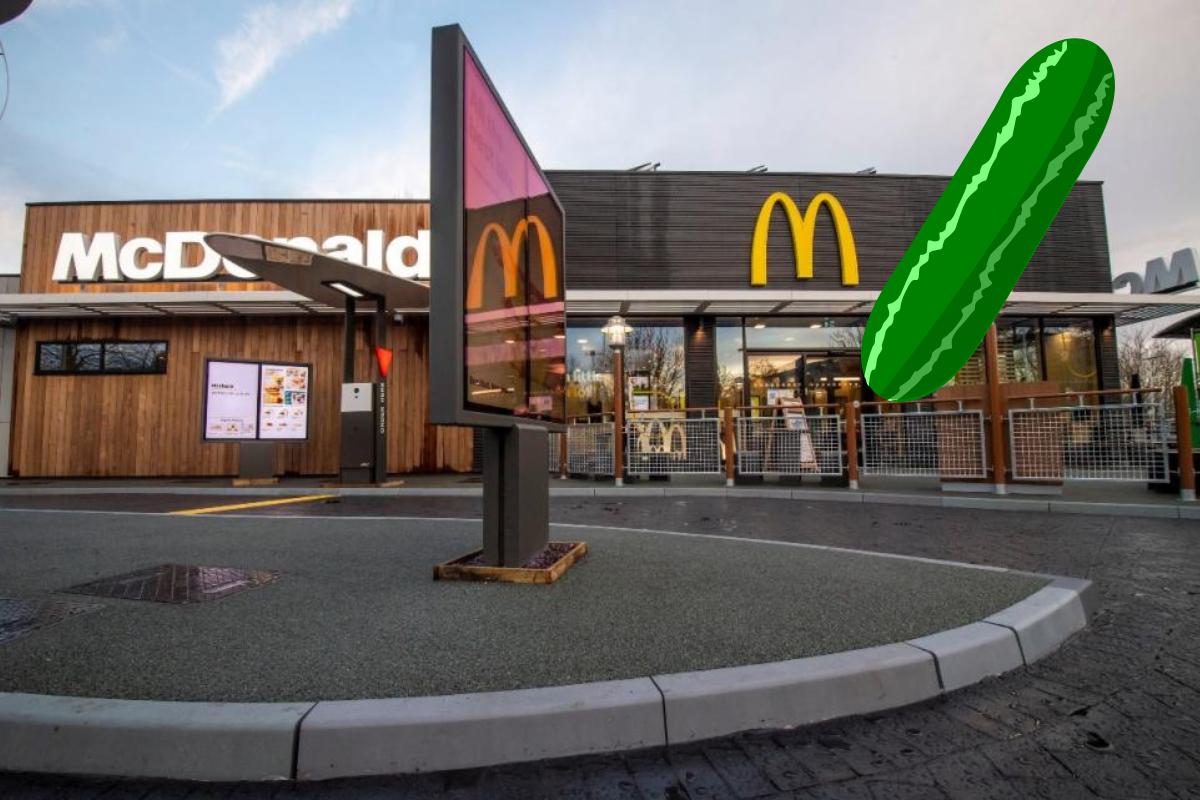 Woman ‘could have died’ after McDonald’s failed to remove ingredient

‘This makes my blood boil,’ a dad says after McDonald’s mistakenly served his daughter a cucumber wrap she is ‘deathly allergic to’.

Ian Mathey and his daughter Sky had entrusted the fast food restaurant in Abingdonwhere they live, without cucumber on the crispy chicken wrap ordered at the drive-thru.

However, despite expressing the allergy twice, when the 20-year-old bit into the wrapper, she feared she would find the fruit inside.

Now Mr Mathey, a foodservice trader, is seeking compensation from the US chain after it offered him a ‘free burger’ as an apology.

“They value my daughter’s life in a free burger,” he said. “It makes my blood boil. I wasn’t looking for compensation, I just wanted a sincere apology.

The incident happened in July this year after Miss Mathey, who was returning from studying biochemistry at the University of Southampton, finished her shift at The Brewery Tap.

“She finished her work around 11 p.m.,” Mr Mathey said. “She asked if we could go to McDonalds, so I went to the window and asked for a crispy chicken wrap and said, ‘Make sure there’s no cucumber because she is deathly allergic” and I checked the screen and it said, “No cucumber”.

“I checked again when I got to the next window to pay and he reassured me there would be none.

“But on the way home, my daughter bit into the envelope and said, ‘Oh shit,’ and I said, ‘Are you kidding? Do you have an EpiPen?

“She is allergic to cucumbers, apples, peaches, it’s because of a certain enzyme in the skin. If it’s cooked, it’s fine, but if it’s raw, it could cost him his life.

“She’s an adult but at the end of the day, she’s still our daughter.”

Mr Mathey phoned the store the next day and emailed head office before being offered a free burger.

He said: “I was getting furious at this point because no one had even asked if my daughter was okay.

“Finally I said I was going to get the environmental health officer (EHO) and the commercial standard because what made me lose my rag was they gave me a free burger .

“I’m really frustrated with the way McDonalds handled the situation.”

In a report by EHO, it was discovered that packaging from an earlier canceled order had been provided rather than the one without cucumbers.

He said: “McDonalds has completed its own internal investigation and has assumed that the cause of the incorrect product given was due to human error.”

McDonalds was asked to make a statement.

Learn more about this author

This story was written by Gee Harland. She joined the team in 2022 as a senior multimedia reporter.

Get in touch with her by emailing: [email protected]

A message from our editor

Thank you for reading this story and supporting the Oxford Mail.

If you like what we do, consider getting a Oxford Mail subscription and in return we will give you unlimited access with less advertising on our website from the latest news, surveys, features and sports.

You can also join the conversation in our Facebook groups: stay ahead of traffic alerts here, keep up to date with the latest court news here, share your best memories of Oxford here, get your daily dose of celebrity news here and take time with news that will make you smile.

If you have a story for our reporters, send us your news here. You can also list a free event here.

Ballot initiatives allow the people to avoid right-wing politicians in this election, so the right wants to abolish them