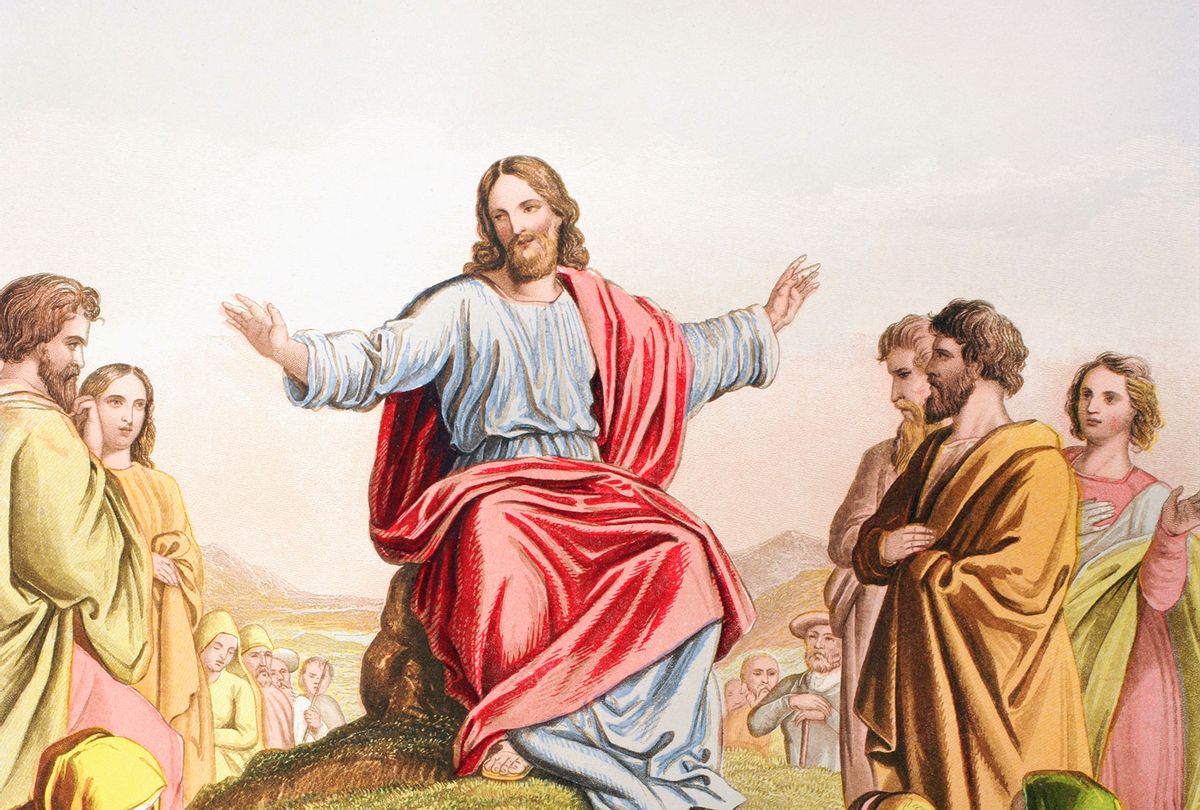 What would Jesus actually do? He would never give up the “deplorable”

As a Christian and former evangelical pastor who strongly opposes Donald Trump and the current leadership of the evangelical movement, I believe this: The plan to stop them is found in the life and ministry of Jesus Christ, which is is dedicated to strengthening the oppressed and exposing the evils of religious leadership. With many political experts predicting a bad enough performance for Democrats in 2022, and Trump’s possible or likely return two years later, it’s a dangerous time. I think that would be a bad thing for this country, very bad for the Christian faith and very, very bad for anybody that’s on the wrong side of the advantage in America.

If we look at the life of Christ, the central message was clear. Attacking Caesar and Rome – or, today, attacking Trump or whoever holds the power – is not the way to go. The answer lies in people the church has generally ignored, while exposing the hypocrisy of leaders and exposing the modern day Pharisees, a role currently played by evangelical leaders.

I have to admit, by the way, that my faith in the Democratic Party is not strong. I believe we need more political parties in America as big business seems to control everything from a celebrity voice to the news media to politicians from both parties to the news industry. health, the justice system and, most certainly, the church. This often seems too difficult to take on, and truly living a life of integrity has become more and more difficult. What I can clearly see is that Trump’s form of leadership is dangerous for America. Stopping him is by no means the end of the battle, but it is a start.

For starters, I think the tactic of attacking Trump and his supporters is a mistake that only makes him and his movement stronger. Calling your supporters a basket of “deplorable” only encourages a lot more people to jump into the basket. Hell, when I heard this comment from Hillary Clinton in 2016, I felt a lot more “deplorable” than anything else. I didn’t just vote for Clinton against Trump, I think she would have been a more effective president than her husband, and maybe Barack Obama. But the language of the oppressed is the language of humility, and an understanding that we have failed in life in a way that makes us feel more deplorable than not. Trump was shamelessly deplorable and it did good to the millions of Americans who have lost a hundred times in their lives. So stop this approach because it doesn’t work.

I want to be clear that I’m not talking about reaching a certain type of Trump follower. I’m not that naive. For example, during my last haircut, I was advised to watch out for the Nazis who were trying to check my immunization status. After a remarkable conversation that is not based on any understanding of the story or anything logical, I can only conclude that this person is unreachable. There are millions more who are just too far away, lost in a system of control and manipulation. But these people do not represent all of Trump’s voters any more than my liberal neighbors in Cambridge, Massachusetts speak for all Democrats.

In Jesus’ ministry, his church and his message welcomed all who were willing to improve themselves through humility, forgiveness, and grace. It didn’t matter what was going on in their life, how little or how much they had, what sins they had committed in their life, or what their social standing might be. His supporters until then had no agency, no voice, no acceptance. In a sense, that’s how liberal or progressive leaders should approach the next two years. Learn the stories of everyone who struggled with the American Dream. Give them a voice, embrace them as siblings, and show them a path that leads to their own success, whether materially, spiritually, or otherwise. Do not speak of a place of arrogance, success and superior knowledge, but of a place of humility and empathy.

Equally important in Jesus’ ministry was to show the great gap between religious leaders and the needs of their followers. The Pharisees presented themselves as the arbiters of God’s righteousness and as people of purity and goodness, while hoping to protect their misdeeds and hypocrisy in darkness. Things are much the same today: nothing evangelical leaders do is for their followers. They only seek to rise up and be seen as both righteous and powerful. They set themselves up as custodians of the love of God, but in the words of Matthew 23, they neglected “righteousness, mercy and faithfulness” and they serve the devil, making their disciples “twice as children. of hell â€than them. are.

Want a daily rundown of all the news and commentary Salon has to offer? Subscribe to our morning newsletter, Crash Course.

In truth, I am no one and I am everyone. I am a liberal, a deplorable, a minister, a father. I am alone and failed. At the end of the day, I’m just a man with two hangers, trying to solve a problem much bigger than what I am capable of solving. About a year ago, I was locked out of my car at night, in the winter, in a state park with a closed door, a dying phone, and no coat. AAA turned me down and the cops didn’t open the door. I had to run four miles to my car, with no means of reaching anyone and with nothing more than two hangers, in an attempt to break into my car and get out of my dead end.

My best friend and soul mate, who has asthma and is overwhelmingly allergic to dogs, was stuck in a car with my mom, who has a dog and was not wearing her mask properly. I had to solve this problem with my two hangers and no phone signal. My friend was worried about me and said to my mom, “Look, Nate is going to die over there. He won’t give up.” She knew me well. That part of me that struggles and relentlessly is part of every person who works in this country. None of us gave up. We continue to fight, despite the structures that let us down, despite the God who seems to ignore us and despite our own personal failings, armed with our two hangers and hope – or faith – that in one way or another. on the other hand we will find our way.

I say all this because I want those people who have the power, the voice and the agency not to abandon the â€œdeplorableâ€. This country is going in the wrong direction and the only way to do it is to turn to a very old formula: one that dates back around 2,000 years: expose the hypocrisy of religious leaders, lift up the oppressed and reclaim the dream. American. The â€œgreatnessâ€ of our nation is not found in a slogan, in a fancy hotel or on an exclusive golf course. It is not found in upper circles of the news media, the deep pockets of Hollywood elites, or in any political party. He’s certainly not in the church. It is found in people who understand what it is like to face some of life’s most difficult problems with a few hangers, your willpower, and a little hope.

More from Nathaniel Manderson on Christianity in America: