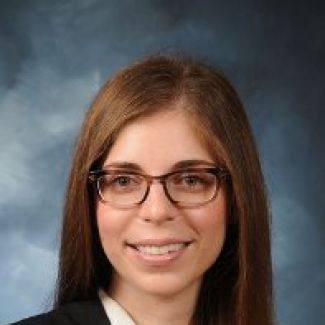 The events occurred between February 13, 2021 and October 22, 2021, with the majority occurring without underlying chronic U/AE. However, most cases appeared after 4 hours and were mild, which investigators say should not contraindicate future doses of the COVID-19 vaccine.

The study will be presented at the American Academy of Allergy, Asthma & Immunology Annual Meeting (AAAAI) 2022.

In an interview with HCP LiveSara Anvari, MD, MSc, assistant professor of pediatrics at Baylor College of Medicine and Texas Children’s Hospital, spoke about the registry developed by Dr. Kimberly Blumenthal and the immediacy of U/AE reactions after vaccination.

“What was really surprising was to see the number of reports in this registry of urticaria and angioedema, and we saw that the majority of cases occurred at 24 hours or beyond” , said Anvari. “We saw almost 50% of the cases that were on the register at initial assessment that happened during that time, and then we saw up to about 35%, happen within the first 4 hours. Which was interesting is that the resolution took relatively more than 24 hours for more than about 50% of those people who reported these cases.

Of the 455 cases studied, the number of events for the Pfizer and Moderna vaccines were equal and no reported cases were observed for the Johnson & Johnson vaccine.

Anvari and colleagues noted that 40% of the patients in the cohort suffered from an allergic disorder, which included nasal allergies, asthma and eczema. The team believed that these factors potentially predispose patients to U/AE events after vaccination.

Interestingly, this study and others have shown that female patients account for the majority of reported reactions.

“What we see is that it’s about solving problems, some of which are self-solving, and to the extent that an event of urticaria and angioedema can be treated from appropriately with long-acting antihistamines,” Anvari said. “So with that in mind, it might help alleviate the symptoms, and there’s no need to worry about the potential for it to turn into anaphylaxis.”

The majority of U/EA events occurred at home, with approximately 25% of people visiting the emergency room more out of concern than necessity.

“For those who required treatment, we can see that a majority of individuals, up to 70% of them, were treated with some form of antihistamine followed by oral steroids,” said Anvari. “So those are kind of an indication to us that the severity isn’t that important. Most individuals would find themselves working through that problem in a relatively short period of time, and that wouldn’t be a contraindication to receive the second dose (of COVID-19 vaccine).”