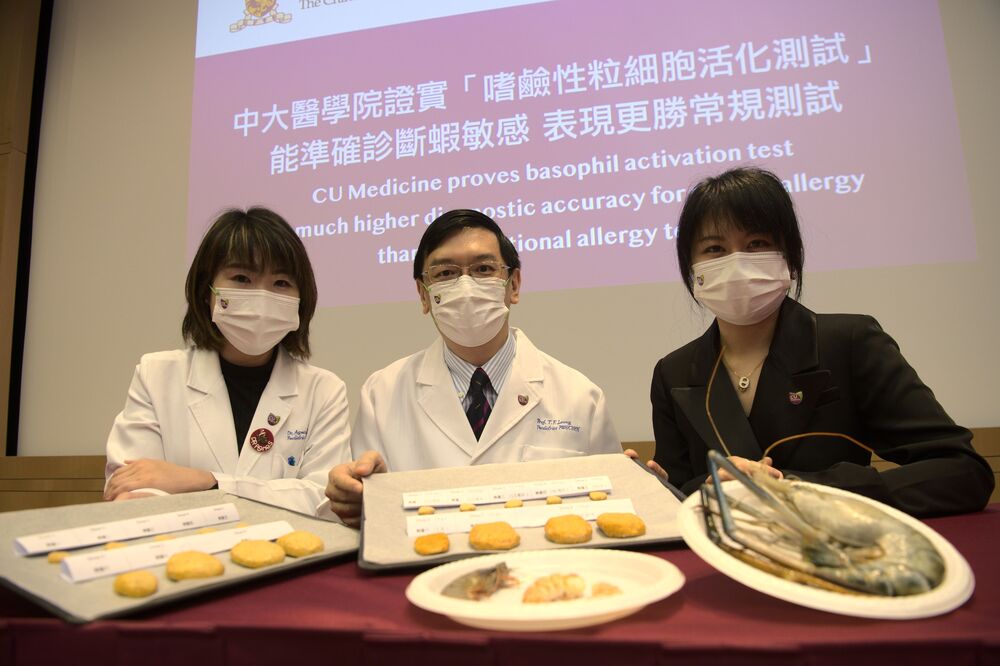 Researchers at the Chinese University of Hong Kong have developed a more accurate test to diagnose allergies to shrimp, which affects one in 100 elementary school students.

The results proved that using the basophil activation test on individual blood samples achieves much higher sensitivity and specificity than other conventional allergy tests.

The test will analyze the cellular response of basophils – a type of white blood cell – in the patient’s blood sample using a flow cytometer.

Currently, there are several ways to detect shrimp allergy, including skin tests and measuring the blood level of shrimp-specific IgE antibodies, but the researchers said many patients were misdiagnosed with these methods.

The gold standard for diagnosing shrimp allergy is a â€œdouble-blind, placebo-controlled food challenge,â€ in which patients are given increasing doses of the suspected food allergen and a placebo. But this method also has its limits because it is risky, laborious and expensive, the team said.

The study recruited 35 patients who had immediate allergic reactions on at least two occasions after eating shrimp. Fifteen of them were confirmed allergic to shrimp while the other 20 participants were tolerant.

All patients underwent a skin prick test, a measurement of IgE and BAT specific to shrimp.

While skin tests and shrimp-specific IgE measurements showed higher sensitivity at 93 percent compared to the 87 percent sensitivity of BAT, their specificities were only 28 and 35 percent, respectively, which is significantly lower than the 94 percent of BAT.

“In contrast, our results show that BAT is a superior diagnostic test with very high sensitivity and specificity. This demonstrates that even a single diagnostic step involving shrimp-BAT can dramatically improve the accuracy of shrimp allergy diagnosis. . “

Shrimp allergy is the most common food allergy in Hong Kong. It can cause skin reactions and oral symptoms, and even lead to anaphylaxis, a serious and life-threatening allergic reaction.

One of the patients is a 20-year-old student, Hiu-nam, who first had a severe allergic reaction four years ago. She also experienced shock and difficulty breathing.

She said the shrimp allergy caused her a lot of stress, remembering having to call an ambulance in high school as she often had allergic reactions in school.

Even in meetings with friends, the 20-year-old said she should avoid going to Thai or Vietnamese restaurants and that her friends should use separate chopsticks if there are seafood dishes. , she said.

She also had to constantly pay attention to the ingredient lists for sauces and processed foods.