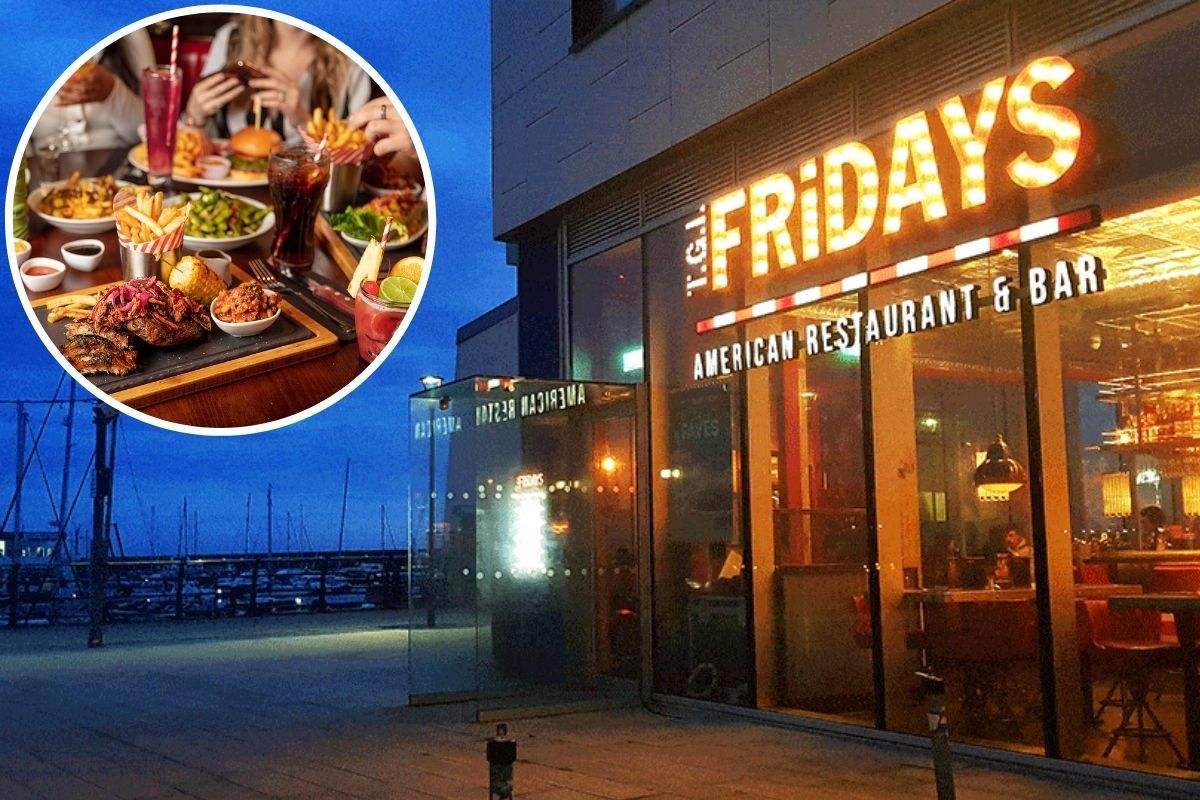 A teenage girl was “humiliated and embarrassed” after being ordered to leave a restaurant after reporting her severe allergies to staff.

Alison Oliver says her 14-year-old daughter Charlotte was asked to leave TGI Friday’s in Brighton Marina after she pointed out her allergies to nuts and seeds.

Charlotte was at the restaurant to celebrate her best friend’s birthday – an annual trip.

Her mother said she had spent years building her daughter’s confidence to make sure Charlotte told staff about her serious allergies.

“It was a challenge as she doesn’t want to appear awkward or different, but I finally felt we were in the right place and Charlotte was more confident in expressing her allergies when she went to a restaurant without any relatives with her.” , said Alison.

Charlotte informed the front desk staff and the waitress of her allergies – as requested on the TGI Friday website and menu – and their order was taken.

Alison said moments later it was explained that “unfortunately, Charlotte being allergic to sesame seeds, they should ask her and her friend to leave the restaurant as they could not serve her food. “.

She said: “Charlotte was humiliated and embarrassed and left the restaurant with her friend extremely upset and called me in a devastated state.”

According to Alison, the restaurant refused to serve Charlotte due to the recent introduction of Natasha’s Law.

The new food safety law requires full ingredient and allergen labeling on all food produced on site and prepackaged for direct sale.

The law, which came into force on October 1, follows the death of Natasha Ednan-Laperouse, who died of anaphylaxis after eating sesame from a baguette at Pret a Manger.

A spokeswoman for TGI Friday said they have since apologized to Charlotte.

“The guest’s experience at our Brighton restaurant is not in line with our allergen management procedures and we have launched an internal investigation to determine why this has happened and to prevent it from happening again. “she said.

“We have contacted the client directly to apologize and keep them apprised of the ongoing investigation.”

Alison said she now faces the difficult task of convincing Charlotte that it is worth reporting her allergies to restaurant staff in the future.

“TGI Friday’s offers an online allergy menu and encourages diners to notify waiting staff of any allergies, which is positive, but clearly not supported in reality,” she said. declared.

“Charlotte said it would be a lot easier and less stressful if she didn’t tell the restaurants. This situation could endanger his life.

“I am absolutely appalled and disgusted that a company that declares online that it can take care of allergies asks two vulnerable 14-year-old girls to leave their restaurant in front of everyone else, making them feel alienated and like. if they had done something wrong.

Charlotte, from Reigate, was carrying EpiPen and Piriton allergy pills. She had to wait two hours before being picked up at the restaurant.

“As the girls were picked up by Charlotte’s friend’s father, the situation staff put my daughter in left two vulnerable 14-year-old girls in Brighton Marina alone for two hours,” Alison added.

“The humiliation and embarrassment caused by my daughter’s refusal will stay with her for a long time and may even prevent her from telling someone else about her severe allergies, which would likely have devastating consequences.

“I want to make sure that no one else has to endure the humiliating situation my daughter faced.

“Restaurant staff should be informed of the proper use of legislation, including Natasha’s Law, to ensure the safety of customers, and any condition or disability will be taken care of and not discriminated against.”

The campaign against anaphylaxis. a charity that supports people at risk for severe allergic reactions, said food companies are not required by law to serve or sell food to a consumer.

“But we believe that by developing a good understanding of food allergies and training staff to develop risk management strategies, all food companies should be able to safely serve consumers with allergies,” said a spokesperson.

“The Anaphylaxis Campaign continues to work closely with the food industry and other key stakeholders to raise awareness of serious allergies and improve the quality of life for people with the disease. ”

Why doesn’t my husband push his ignorant sister away? Ask Ellie

Women supported via Pop Up Shop