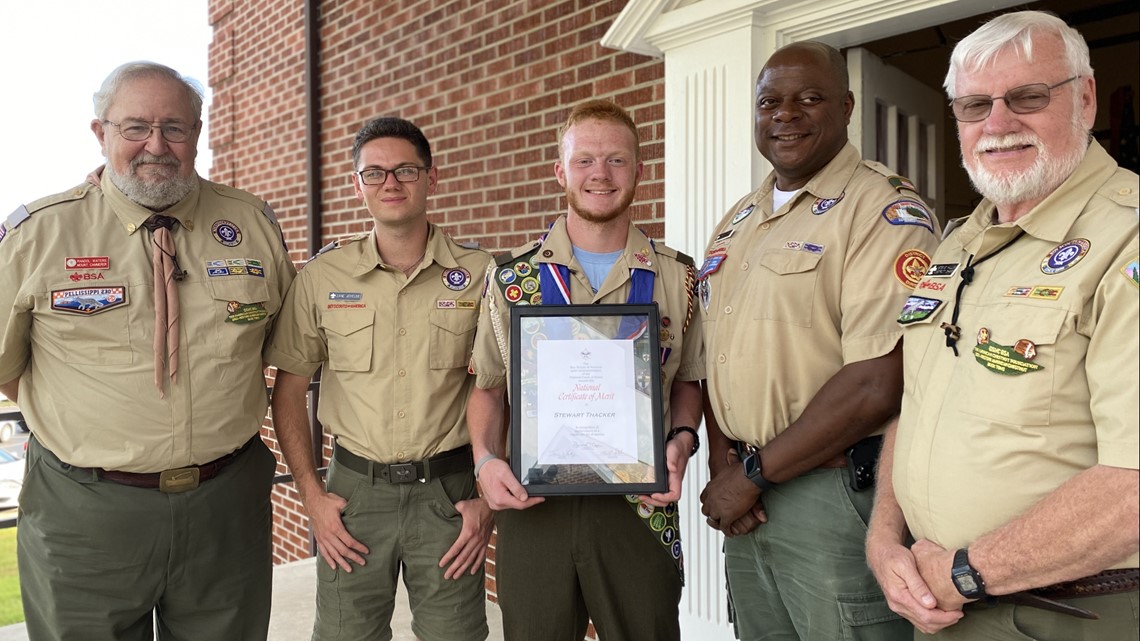 A 17-year-old from County Claiborne acted quickly to stabilize his mother during a severe allergic reaction, keeping her alive while EMS arrived.

CLAIBORNE COUNTY, Tennessee – A Claiborne County Eagle Scout is nationally recognized for thinking quickly and saving his mother’s life when she suffered a severe allergic reaction and went into anaphylactic shock.

“If he wasn’t here and didn’t know what to do, I wouldn’t be here,” his mother Crystal Thacker said. “I will not be there.”

She took an antibiotic prescribed for a sinus infection when she started having a severe reaction. She said she felt hot and itchy, was short of breath and parts of her body started to swell.

Stewart Thacker, her son, said he found her unconscious in the bathroom. He said his Eagle Scout skills were suddenly vital and he stopped thinking. Instead, he immediately sprang into action.

“I don’t really remember what went through my mind,” he said. “I just acted on instinct – on my training.”

He gave her Benedryl and began applying cold compresses, waiting for first responders to arrive at his house and give his mother epinephrine.

Stewart said he didn’t give it much thought. It’s all in a day’s work, he said.

“You never know when these situations are going to come up and if you have someone who knows how to do this, it makes things a lot easier,” he said.

Now he gets a national certificate of merit. It is presented by the National Committee of Boy Scouts of America, given only to a select few who take action to save another and exemplify the values ​​of Boy Scouts.

“He is to be commended for his ability to take control of a situation,” said Boy Scouts district president Steve Hillis.

At the end of August, Stewart will turn 18. But he plans to continue working with the Boy Scouts and with his father as the union’s assistant scout leader.