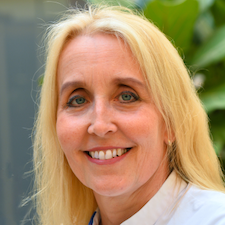 A new cross-sectional study has found that smoking and obesity are associated with both chronic hand eczema (CHE) and hand eczema severity.

In recent years, the topic of lifestyle behavior has become increasingly important in various preventive and personalized treatment programs, with several studies reporting the association between lifestyle factors and eczema in hands.

Despite this, few of these prior studies incorporated hand eczema severity as an outcome, and even fewer focused specifically on ECH.

As such, a team of researchers led by Marie-Louise Schuttelaar, MD, PhD, Department of Dermatology, University of Groningen, assessed the dynamics between lifestyle factors and hand eczema from from an early and large sample of the Dutch general population with an additional focus on the prevalence of EHC and the severity of hand eczema.

The Lifelines Cohort Study examined the health and health-related behaviors of 169,729 people living in the North of the Netherlands. Information on lifestyle factors from 2006 to 2013 was collected along with data from an additional questionnaire with questions about hand eczema.

From this, binary logistic regression models were run with CHE over the past year versus no history of hand eczema, as well as with severe to very severe hand eczema by compared to almost clear to moderate hand eczema in the past year as a dependent. variables.

Multivariate analysis found positive associations between EHC and atopic dermatitis, as well as being female and exposure to wet activities.

In addition, smoking (specifically 8 cigarettes per day), a smoking history of 15 years or less, stress, overweight and obesity, and higher waist circumference were all positively associated with CHE at baseline. .

Conversely, age was found to have a negative association, as was the highest physical activity category.

With regard to counseling patients with hand eczema, the researchers suggested that further research would be needed to assess the effectiveness of secondary prevention strategies in clinical practice.

“Replication of these results in an independent cohort will be important to support these findings,” the researchers wrote. “Ideally, future research should include evaluating the effect of lifestyle interventions in daily practice.”

The study, “Smoking and obesity are associated with chronic hand eczema and severity of hand eczema: data from the general Dutch population,” was published online in Contact Dermatitis.

Insomnia likely to cause asthma and allergy symptoms, study finds

Dupilumab plus topical corticosteroids is effective in the treatment of childhood…