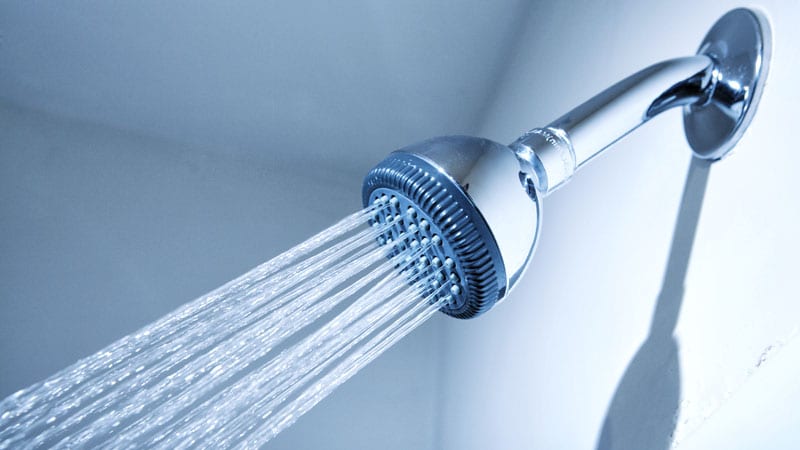 Severity of AD related to more frequent bathing, not duration

According to a prospective observational study, the frequency of showers or baths and the follow-up application of a moisturizer appear to be more important factors associated with the severity of atopic dermatitis (AD) than the duration of showers or baths.

â€œPatients can benefit the most from advice on showering or bathing once a day and regularly applying a moisturizer after showering or bathing,â€ said one of the study’s authors, Uros. Rakita, MSc, at this news agency. â€œRecommend showering frequencies below the daily frequency or advice on specific shower times may not be necessary. “

In a final abstracts session at the Revolutionizing Atopic Dermatitis virtual conference, Rakita, a fourth-year student at the Chicago Medical School at Rosalind Franklin University in North Chicago, Illinois, presented the results of a prospective dermatological study practice-based which investigated the longitudinal relationship between different bathing practices and the severity of AD to help educate patients about optimal bathing practices.

â€œAD is a chronic inflammatory skin condition with a diverse set of environmental triggers and aggravating factors,â€ Rakita said at the meeting. â€œMaintaining adequate skin hydration and hygiene and avoiding triggers are key aspects of the management of AD for all severities of the disease. Therefore, understanding best practices for showering or bathing and hydration is essential. In fact, he added, â€œBathing has been shown to not only hydrate the skin, but also improve symptoms, remove allergens and decrease S. aureus colonization. At the same time, however, there are concerns about the potential for inappropriate frequency or duration of showers or baths, as well as inconsistent application of moisturizers to worsen the severity of the disease and potentially compromise the management of the condition. disease. “

He noted that current guidelines for frequency and duration of bathing in patients with AD lack consensus, are limited, and are largely based on studies of pediatric populations.

Rakita, with lead study author Jonathan I. Silverberg, MD, PhD, MPH, director of clinical research in the division of dermatology at the George Washington University School of Medicine and Health Sciences, Washington, DC, and Trisha Kaundinya, a medical student at Northwestern University Feinberg School of Medicine, Chicago, Illinois, prospectively evaluated 509 adults with AD who made an average of 2.3 visits to a single dermatology clinic between 2013 and 2020. At each visit, the severity of signs and symptoms of AD, as well as bathing and hydration practices, were assessed.

Rakita acknowledged some limitations of the study, including the fact that the researchers did not examine the potential influence of specific soaps and moisturizers, water hardness, or other characteristics of the bath such as temperature. water and bath additives.

Lawrence J. Green, MD, who was asked to comment on the study, said he was not surprised to find that hydration after bathing improved the signs and symptoms of AD. “On the other hand, a long-held belief that longer showering / bathing time worsens AD has not been shown to be true,” said Green, a dermatologist who practices in Rockville, Md., And is also a clinical professor of dermatology at George. University of Washington, Washington, DC.

â€œThis provides useful information for practicing dermatologists who wish to provide evidence-based hydration and bathing education to their patients with AD,â€ he said.

The study was supported by the Agency for Healthcare Research and Quality and the Dermatology Foundation. Dr Silverberg has revealed that he is a consultant for numerous pharmaceutical companies, that he receives fees for non-CME / CE services from Eli Lilly, Leo Pharma, Pfizer, Regeneron Pharmaceuticals and Sanofi Genzyme, as well as fees from Galderma contract research. Dr Green has revealed that he is a lecturer, consultant or researcher for many pharmaceutical companies. There was no further disclosure.

Doug Brunk is an award-winning San Diego-based reporter for MDedge and Medscape who began covering healthcare in 1991. He is the author of two books related to the University of Kentucky Wildcats men’s basketball program. .