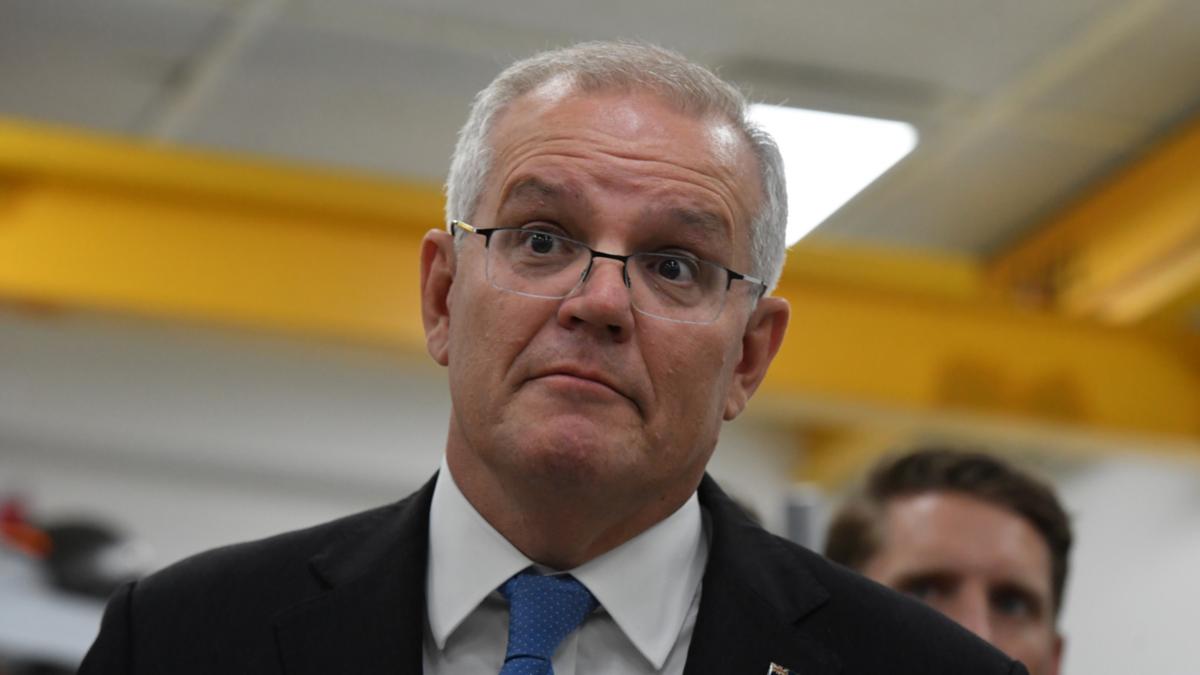 Senior Labor MP Bill Shorten has been barred from campaigning after testing positive for COVID on Saturday.

However, the NDIS spokesman said in a Twitter post that he would return for the final week of campaigning before Election Day.

“Have tested positive for COVID. Never a good time for anyone,” Shorten tweeted.

“Will be in iso for a week, then free for the last week of the campaign.

‘A good reminder to look after ourselves and each other, remotely where you can, open windows and do regular RATs,’ the former Labor leader added.

The development comes as Prime Minister Scott Morrison made a series of commitments to the tourism and alcohol industries.

Wineries, distilleries and breweries will share an additional $20 million as part of a Coalition tourism pledge as the federal election campaign enters its final two weeks.

The plan would provide $15 million for wineries, distilleries and breweries with grants of $100,000 to build or upgrade on-site facilities such as restaurants and tourist areas.

An additional five million dollars would go to tourism and local governments.

Morrison, campaigning in Perth on Saturday, said tour operators would be supported to attract more people.

“Tourism is key to our plan, and this funding will help attract more tourists to local businesses, which means more people will visit our breweries and wineries,” he said.

“There are huge opportunities for our wineries and distilleries to take advantage of the plane loads of tourists looking for a new experience as we emerge from COVID lockdowns.”

Labor leader Anthony Albanese landed in northern Tasmania on Saturday, where he is due to continue outlining Labor Party policies aimed at lowering the cost of living through childcare and energy initiatives.

Labor has sought to put the campaign spotlight back on the cost of living amid rising inflation, weak wage growth and the first hike in official interest rates in more than a decade.

Are baby boomers complaining that interest rates are higher in their day, right?

It comes as Albanese tried to play down a fumble where he could not remember his party’s NDIS plan when pressed by reporters.

He said the coalition was divided and led by a leader many MPs did not want to campaign with.

The Coalition added a pledge of $26.9 million on Saturday to expand research into allergic disease and anaphylaxis.

The funds will go to the Australasian Society of Clinical Immunology and Allergy and Anaphylaxis Australia to establish a National Allergy Council.

The money will also go to the Murdoch Children’s Research Institute.

Albanese said too many events of national and cultural significance were protected by paywalls.

“For many Australians, free TV is essential to see those moments that uplift us as a nation, that inspire us, that help define who we are,” he said.

A Labor government would consult with stakeholders, including media and sport, to support the media “so that they can compete and thrive in the age of big-tech global streaming services”.

In Sydney, mining magnate and United Australia Party founder Clive Palmer is in town to launch several of his local candidates.

Speaking at the launch of his Warringah candidate, Andrew Roberts, Palmer said he would be open to forming a government with one of the major parties in a hung parliament.

“We will make a deal with anyone to have these policies (UAPs) enacted,” he said.

The UAP prefers One Nation and controversial Liberal candidate Katherine Deves to Warringah ahead of the other candidates, including top independent MP Zali Steggall.