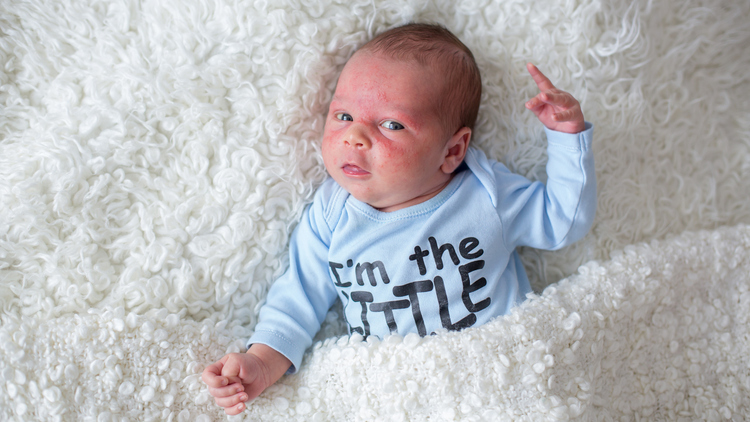 These ingredients include licorice, chamomile, comfrey, oatmeal, and cannabinoids; essential lipids, such as ceramide and linoleic acid; moisturizing compounds, including urea, arginine and lactic acid; and antioxidants, such as vitamin E, reports a new study.

The potency of some of the listed active ingredients is comparable to low to medium potency corticosteroids and results in high treatment compliance and tolerability and reduced corticosteroid utilization.

These promising results have been documented in the article titled A review of moisturizing additives for atopic dermatitis, published in the journal Cosmetics.

“Children with atopic eczema are at risk for skin infections. Atopic dermatitis has also been associated with poorer quality of life. The epidermal barrier plays a central role in the pathogenesis of atopic eczema.​

“Topical corticosteroids are the first-line anti-inflammatory treatment for atopic dermatitis. However, chronic use of topical corticosteroids may additionally lead to skin barrier defects by inhibiting proliferation, differentiation, and production of epidermal lipids,”the researchers said.

Therefore, the team aimed to review the current understanding of atopic eczema, as well as the mechanism of action, safety and efficacy of common active ingredients that have been shown to relieve its symptoms.

They analyzed studies and trials focusing on moisturizers that include phytochemicals, natural moisturizing factors, essential fatty acids, endocannabinoids, and antioxidants in electronic databases. The review then elucidated the science behind these derma cosmetics.

Chamomile also has a long history in treating dry and inflammatory skin conditions due to its anti-inflammatory, antihistamine, mildly astringent, soothing, and healing properties. These features have been documented in studies by researchers like R. Dawid-Pac (2013) and SH Lee et al.(2010). However, a small percentage of the population could induce allergic reactions. Nevertheless, chamomile could still be significant as an active ingredient in cosmeceutical and pharmaceutical applications.

Comfrey, an herb native to the United Kingdom but available in other parts of Europe, North America and North Asia, has been used to soothe irritated and inflamed tissues, promote wound healing and reduce osteoarticular inflammation. The positive effects have been reported in numerous studies, such as B. Salehi et al.​ (2019), C. Staiger (2013), R. Koll et al.​ (2004), Mr. Kucera et al.​ (2004) and HG Predel et al.(2005). However, it is not intended for oral consumption due to its impact on liver toxicity.

Other ingredients to look out for include ceramides, fatty acids, endocannabinoid systems, furfuryl derivatives, and antioxidants. Specifically, endocannabinoid systems have come to academic attention through liveand in vitrostudies. Its effectiveness could potentially reduce the need for topical corticosteroids and improve patients’ quality of life during sleep.

Overall, the current review was successful in identifying viable ingredients for alleviating the characteristics of eczema. However, most study designs provided insufficient clinical evidence, small sample sizes, and did not demonstrate a single active agent on its own.

The ongoing work was funded by the Basic Research Grants Program of the Malaysian Ministry of Education.

“A Review of Moisturizing Additives for Atopic Dermatitis”​

Hosting a party for your study group: 5 tips

Listen to your mom; Not having curdled milk at night as it aggravates asthma