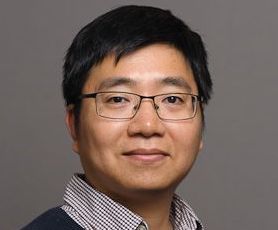 A new investigation in China has suggested that maternal overweight and obesity before pregnancy could possibly increase the risk of atopic dermatitis in infants via intrauterine mechanisms.

Investigators added that the association with wheezing in mothers could be confused by uncontrolled family factors, and that the new data could be valuable in the early prevention of allergic disease.

However, the associations seen in these studies have remained inconsistent and possibly confused by unmeasured familial factors.

As such, Jianrong He, MD, Guangzhou Women’s and Children’s Medical Center, Guangdong, and other researchers examined the association between maternal weight and offspring allergic disorders using parental BMI as an exposure. negative witness.

For the current study, He and colleagues included data from the Born in Guangzhou Cohort Study (BIGCS) which ran from 2012 to 2017.

Women were recruited for BIGCS before 20 weeks gestation at the Guangzhou Women’s and Children’s Medical Center, and subsequent follow-ups were recorded during the second and third trimesters of pregnancy, childbirth and from 6. weeks after childbirth until the children reach adulthood. .

In addition, atopic dermatitis and wheezing at the age of 1 year were defined in the study according to the doctor’s diagnosis reported by the parents.

A total of 12,845 pregnant women who gave birth between February 2012 and December 2017 and who participated in the one-year follow-up were included in the analysis. Investigators also included data on 10,522 children from BIGCS.

The relative risks for each child were estimated by log-binomial regression, with mutual adjustments for maternal and paternal weight status.

He and his fellow researchers reported that more than half (67.3%) of the women included in the study had a normal BMI, while 22.5% were underweight and 10.2% were overweight or obese. .

In addition, more than half (56.3%) of fathers had a normal BMI. Of the included participants, 16.2% and 7.9% of the children had atopic dermatitis and wheezing, respectively.

The investigators observed that maternal BMI before pregnancy was not associated with the risk of atopic dermatitis in infancy, as a continuous variable.

However, when considered as a categorical variable, maternal overweight / obesity before pregnancy was associated with a 20% increased risk of atopic dermatitis in infants (RRa, 1.20; 95% CI: 1, 04-1.37), compared to normal weight.

Compared with children of mothers with both normal pre-pregnancy weight and adequate GWG, children of overweight / obese pre-pregnancy mothers and excessive GWG had a higher risk of AD (aRR 1.64; IC 95%: 0.96-2.80).

“These results suggest that maternal overweight / obesity may increase the risk of AD in infants, possibly through intrauterine effects, while its association with wheezing may be partly confused by clustering factors. family-friendly, ”the team wrote. “If confirmed in future studies, our findings could have important implications in the early prevention of allergic disease in offspring. “

The study, “Associations of maternal weight status with risk of atopic dermatitis and wheezing in children at one year of age,” has been published online in Pediatric Allergy and Immunology.

ALLK action is a warning about biopharmaceutical investment

The skin barrier | Herald of the Deccan