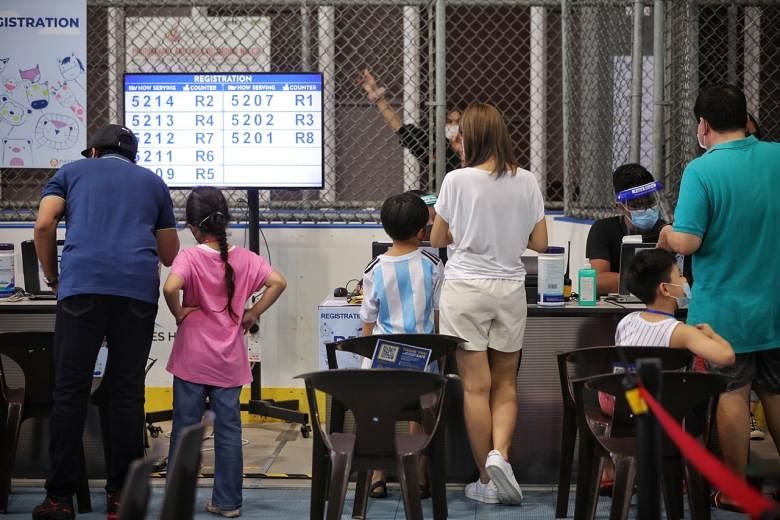 SINGAPORE – No serious suspected adverse events (AEs) associated with the Covid-19 vaccine have been reported in children between the ages of five and 11 as of December 31, the Health Sciences Authority (HSA) said.

He has received reports of non-serious AEs such as hives, dizziness, fever and shortness of breath in people between the ages of five and 11, he said in a security update on Wednesday January 19.

For the 12-18 year age group, the most common side effects reported are rash, hives, angioedema – which refers to swelling of the eyelids, face and lips – as well as shortness of breath, palpitations, chest tightness or discomfort, fever, dizziness, lightheadedness, and syncope, which refer to fainting and brief episodes of loss of consciousness.

The HSA said a total of 11,490,023 doses of Pfizer-BioNTech/Comirnaty and Moderna/Spikevax mRNA vaccines were administered between December 30, 2020 and December 31 last year, including 14,729 reports of Suspicious IEs have been received.

Of these reports, 747 were classified as serious AEs.

The HSA added that the AEs reported in people who received booster doses of the mRNA vaccines were similar to those who took the first two doses of the vaccines, and that no increased frequency of events was found. observed.

Ten cases of myocarditis and pericarditis – types of heart inflammation – have been reported after 2.2 million booster doses.

Rare cases of anaphylaxis, a life-threatening severe allergic reaction, have occurred following administration of the Covid-19 vaccine and the local incidence rate with mRNA vaccines is estimated at 0.88 per 100,000 doses administered, which which is similar to those reported abroad.

There are currently no reports of anaphylaxis following booster doses.

If You Purchased This Delicious Dessert Topping At Walmart, You Need To See This Recall