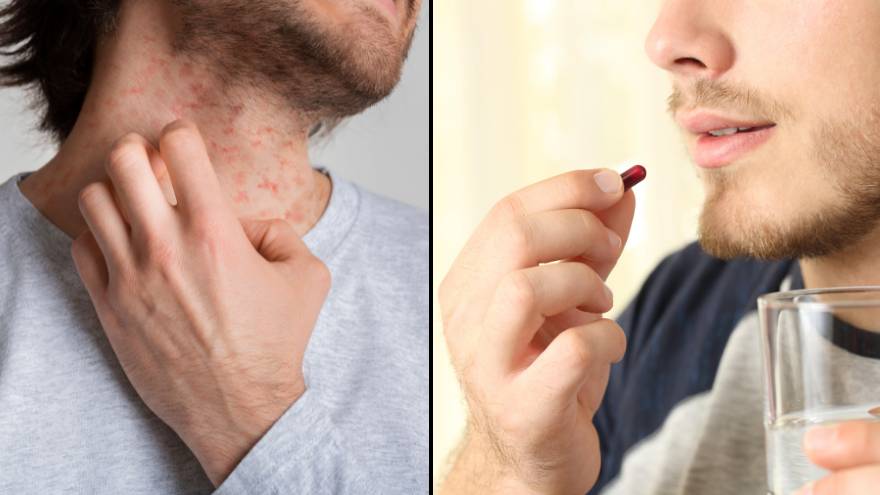 UK doctors now have access to a new eczema treatment that has been shown to clear patients’ skin in just one week.

Three new drugs have been recommended by the National Institute for Health and Care Excellence (NICE), namely abrocitinib, upadacitinib and tralokinumab, to help NHS patients who have previously seen other treatments fail.

The pills will be available for patients over 12 who are determined to have moderate to severe atopic dermatitis (eczema), meaning the disease covers at least 10% of the body.

Dr Padma Mohandas, consultant dermatologist at Barts Health NHS Trust in London, noted that eczema is a common problem, but stressed that in some cases it is “not easy to treat”, reports the Mail Online.

“At worst, it’s a debilitating disease that leaves patients embarrassed, socially isolated and, in extreme circumstances, suicidal,” he continued.

Patients currently have access to treatments such as moisturizers and creams, as well as existing drugs such as methotrexate and ciclosporin that inhibit inflammatory cells in the body and target the immune system in an effort to prevent disease. . However, these can make patients vulnerable to infections.

Abrocitinib and upadacitinib, known as JAK inhibitors, work by blocking enzymes that help activate the immune response, preventing the immune system from attacking the skin.

The third treatment, tralokinumab, is a monoclonal antibody that blocks the activity of proteins that trigger inflammation in the body.

Dr Mohandas commented: “With these new drugs, we can offer them hope that their skin will get better, which is life changing.”

Jack Ransom, from south London, signed up for a trial of tralokinumab at Oxford University Hospitals NHS Foundation Trust in 2019 following a major flare-up of eczema.

The 27-year-old suffered from the condition since he was three months old and lived throughout his childhood with dry, cracked skin, which left him constantly itchy.

Reflecting on his experience, Jack told the Mail: “If you have really cracked, flaky and puffy skin, especially on your face, that has a big impact on meeting new people.

“It dictated what clothes I could wear as I would bleed through white shirts at school if I scratched too much. I would miss certain social events as it would make me feel unattractive – you don’t want to date someone which is red, itchy and puffy.”

Within 24 hours of taking tralokinumab, Jack found that the itching had stopped, and within a week of taking the daily pills much of his skin was disease free.

“Before, I had to moisturize six to seven times a day, and I carried a bag full of creams with me everywhere I went. Now I just moisturize in the morning and at night,” Jack said.

He continued: “Most people around me don’t know that I once suffered from atopic dermatitis because my cracked skin has pretty much disappeared. In social situations it has made a big difference and made me so much more confident.”

The drugs have made Jack more prone to certain skin infections, although he stressed he has no regrets taking the treatment and is “really glad” it is now available to more people.

The water you drink, the air you breathe

How many Australians have had short-term reactions to COVID-19 vaccines?