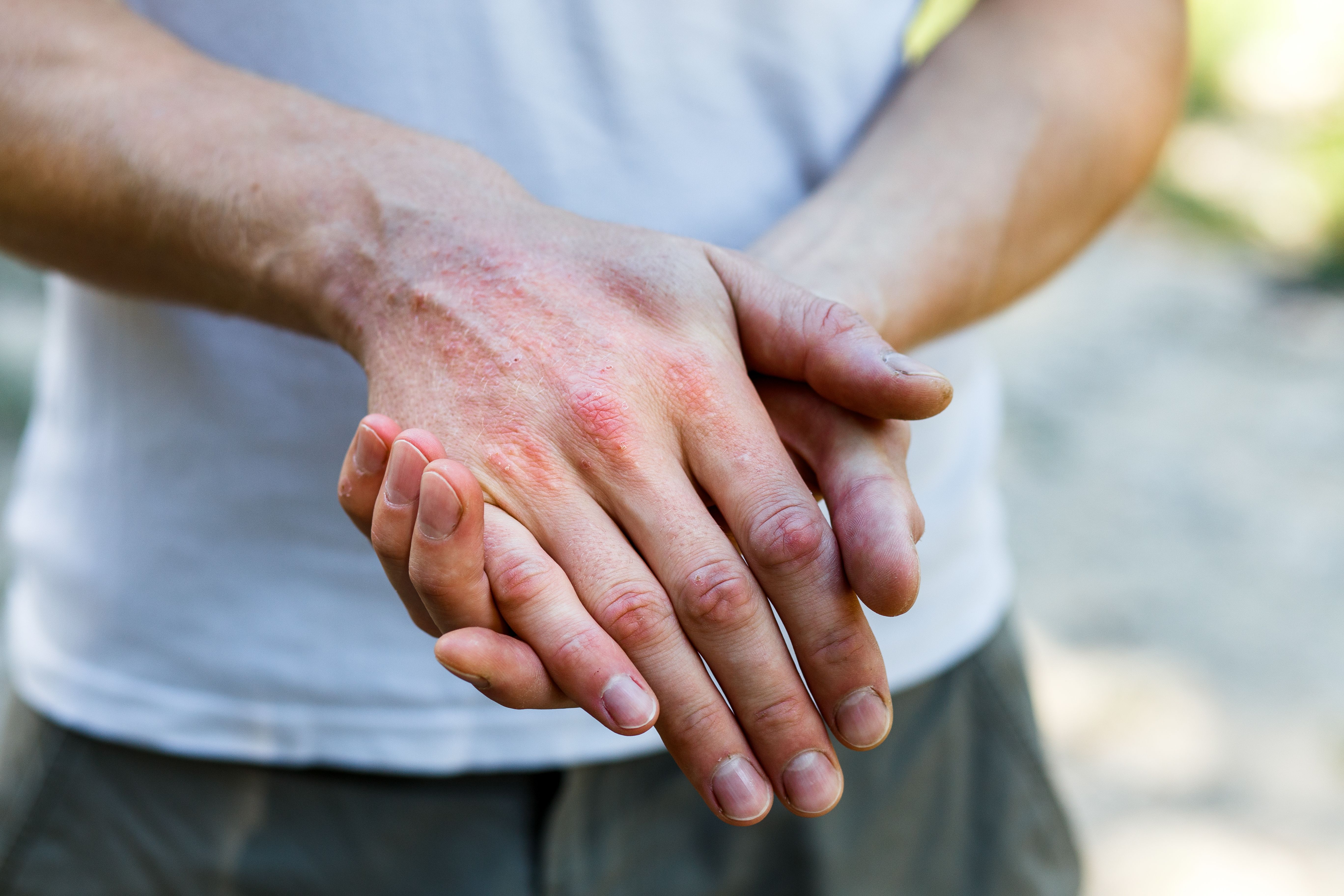 Longer-term treatments for atopic dermatitis (AD) need to be developed, the researchers say.

AD affects more than 16 million adults and 9 million children in the United States, often persisting into adulthood. Treatments such as topical corticosteroids (TCS) can cause localized skin atrophy, telangiectasia, stretch marks, perioral dermatitis, and acne, with other adverse effects associated with heavy use.

Several short-term treatment options have been or are being developed for AD, such as:

The Janus kinase-signal transducer and activator of transcription (JAK-STAT) signaling pathway is responsible for inflammation and itching of the skin. JAK inhibitors target JAK receptors to inhibit this process. Two notable JAKs have been discussed by investigators.

One JAK inhibitor treatment includes topical ruxolitinib cream (Opzelura; Incyte), approved by the US Food and Drug Administration (FDA) in September 2021 for short-term AD. In several studies, ruxolitinib was successful in reducing itching in patients aged 12 years and older with AD, with nasopharyngitis being the most reported adverse event.

Another upcoming JAK inhibitor is delgocitinib (Corectim; LEO Pharma), an ointment used in Japan to treat children and adults with AD. Recently, a cream began development, and a phase 3 study took place in May 2021 for patients over the age of 18. Currently, no product is approved for use in the United States.

Tacrolimus and pimecrolimus are two TCIs approved in the early 2000s. These products are often used in patients after TCS have failed and can be used on a short-term or interim basis. They inhibit the activation of T cells to prevent inflammation, without the risk of skin atrophy. However, they can cause burns and skin irritation.

Phosphodiesterase-4 (PDE4) inhibitors have also been developed to mediate inflammation. Rofumilast cream (Daliresp; Arcutis), used to treat plaque psoriasis, is currently being studied for use in AD. A Phase 3 trial began for the 0.15% cream in February 2021, and the 0.3% cream is approved for psoriasis in the United States for patients ages 12 and older. Pediatric use of a 0.05% cream entered a phase 3 trial in April 2021.

Difamilast ointment (Moizerto; Otsuka) has also been approved in Japan for people aged 2 years and older. It is currently not approved in the United States.

Additionally, crisaborole 2% ointment (Eucrisa; Pfizer) was approved in the United States for patients aged 2 years and older in 2016. This approval was extended to children as young as 3 months old in 2020.

Microbial interventions such as Forte B-401 and Staphylococcus hominis A9 have also undergone testing for AD, but the Phase 2 trial for Forte B-401 did not reach statistical significance. Multiple targeted agents are also in clinical trials, most of which are in phase 1 or phase 2.

“The goal of developing a targeted therapy for AD is to provide control of inflammation and pruritus with improved barrier function while minimizing AEs.” wrote the authors. “By elucidating the complex pathogenesis of AD, additional therapeutic targets can be developed. Many patients with AD require lifelong treatment. Thus, there is an unmet need for high-efficacy, low-risk topical therapies for AEs with long-term use.