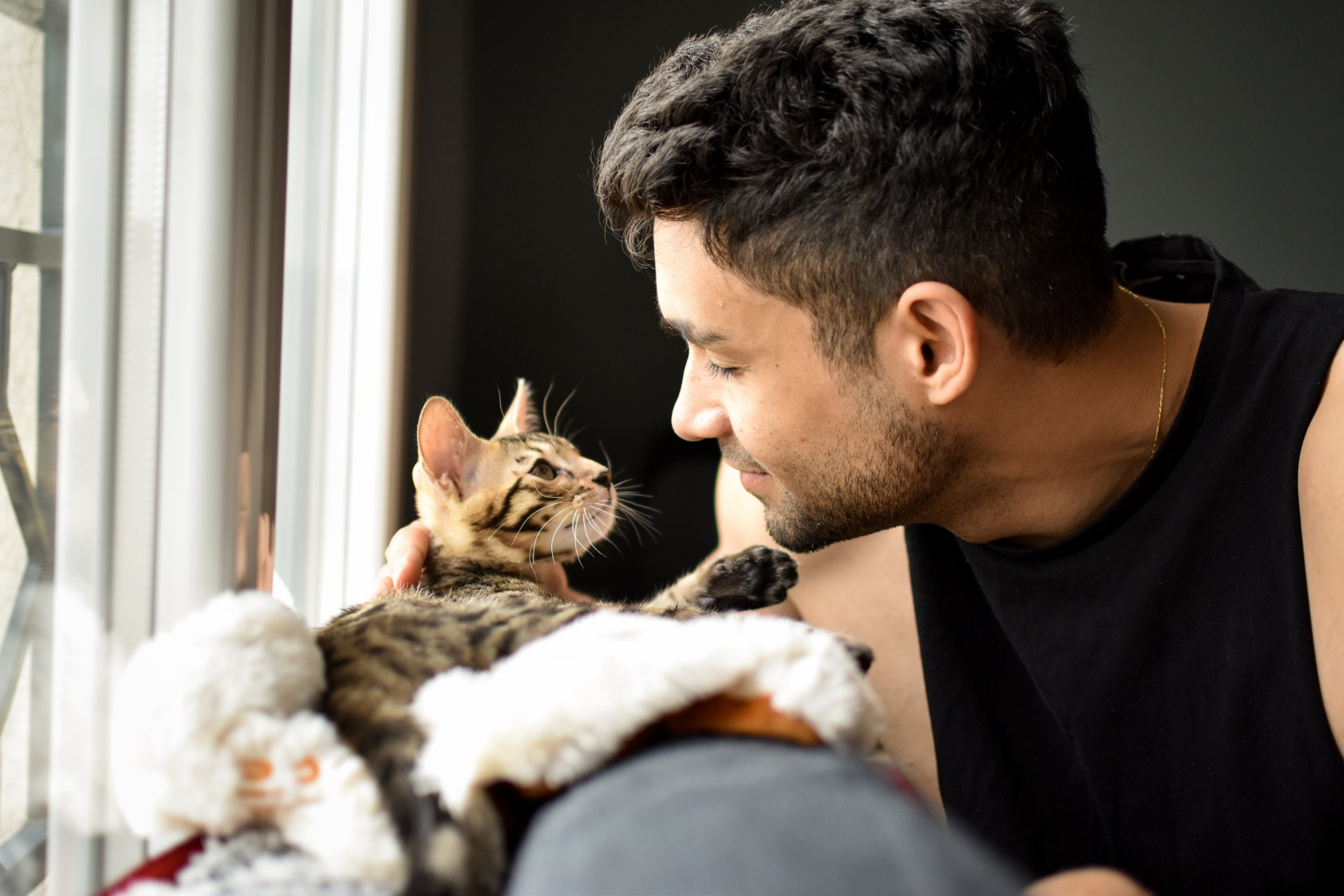 Man backed for adopting kitten, despite housemate being allergic

The internet has defended a man for adopting a kitten, despite his housemate’s allergy in a new viral post.

A man using the username u/xSaintPablo shared his story on Reddit’s popular r/AmITheA**hole forum to get others’ opinions to see if he was wrong. The viral post has 6,000 upvotes and 1,000 comments.

“So I (22M) have always had an almost obsessive desire for a cat, I used to and to a lesser extent still watch hours of cat training, tips and tricks for certain situations and of cat product reviews per week,” the Reddit user began, “But I was never able to fulfill that childhood dream because my mom was completely against pets of any kind.”

When he moved, adopting a kitten of his own was something he really wanted. He consulted with his two roommates to make sure they were okay with having a pet in the house. His one roommate was all for it, but the other was not. He told the original poster (OP) that he was allergic. As disappointed as he was, he waited to get a pet because he wasn’t going to “hold it against” his roommate who had a cat allergy.

However, the OP described his only housemate as “awful”. Luckily for the Reddit user, he had announced that he would be moving out and they wouldn’t see him again after the start of July. OP confirmed this with him several times just to be sure.

Since moving, the OP could finally get a cat he wanted. He started looking for kittens. To his surprise, the kittens were very expensive. After spending some time sifting through many “strange” cat owners, he found the perfect kitten for $100. He started buying everything needed to care for a kitten. He was able to pick up his new furry friend on July 4th.

The roommate confronted the PO, saying he was confused as to why there were so many kitten supplies in the house. The roommate called him “inconsiderate” because he was going to have a cat and wanted to consult him about it.

“I was monumentally confused, so all I said was ‘How do I adopt a kitten into your stuff when you’ll have moved out long before the kitten gets here? ‘” he wrote.

“He exploded, got mad and said he wasn’t moving until the end of July, and that I just had to cancel my contract with the nice lady I had bought the kitten from. I told him without hesitation terms to kinda piss off and that I can’t bend over backwards for his fancy planning. I’ve spoken to my landlord, and he’s completely on my side,” he concluded.

Are you in a similar situation? Looking to adopt a pet but the only thing holding you back is an allergic roommate? According to roommateexpert.com, it’s important to have a conversation and listen to other people’s thoughts and feelings on the subject. If the roommate has severe allergies or other health issues like asthma, it would be wise not to have a cat until one of you moves out.

If you want to adopt a cat but have an allergic roommate, “hypoallergenic” cats produce fewer allergens than other cats, according to petmd.com. However, no cat is 100% hypoallergenic. Many people with cat allergies are allergic to Fel d1 found in cat saliva. Common “hypoallergenic” cats include Devon Rex, Cornish Rex, Javanese, Sphynx Cat, Balinese, Russian Blue, and Siberian cats.

Followers of the “AITA” community shared their opinions on the PO’s story, siding with him.

“[Not the a**hole], you planned this to have the kitten after she moved. He returned the script to you almost at the last minute, which is not fair. So he can either stock up on meds or move out like he was supposed to,” u/Fine_Following_2559 wrote, receiving the highest comment with over 9,000 upvotes.

“[Not the a**hole] but for the safety of the cats, please don’t bring it into the house until that roommate is gone,” u/uhuhoneyville warned the PO.

The OP explained in the comments section that the kitten will be locked in a room for a few days so he can get used to the litter box and the scratching post. He told everyone commenting that he and his other roommate were home the whole time. If a security issue arises, the OP will ask the cat to stay with a friend until the roommate leaves.

U/SpudTicket exclaimed: “[Not the a**hole]. A roommate gave you a date when he would be gone. You made sure that the kitten would arrive AFTER this date. It’s not your fault he moved the date without telling you.”

U/TLBizzy said: “[Not the a**hole]. You postponed it until it was heard your roommate was moving out. Go ahead and get your cat, and it’s his problem not yours that he’s not moving when he said he was.”