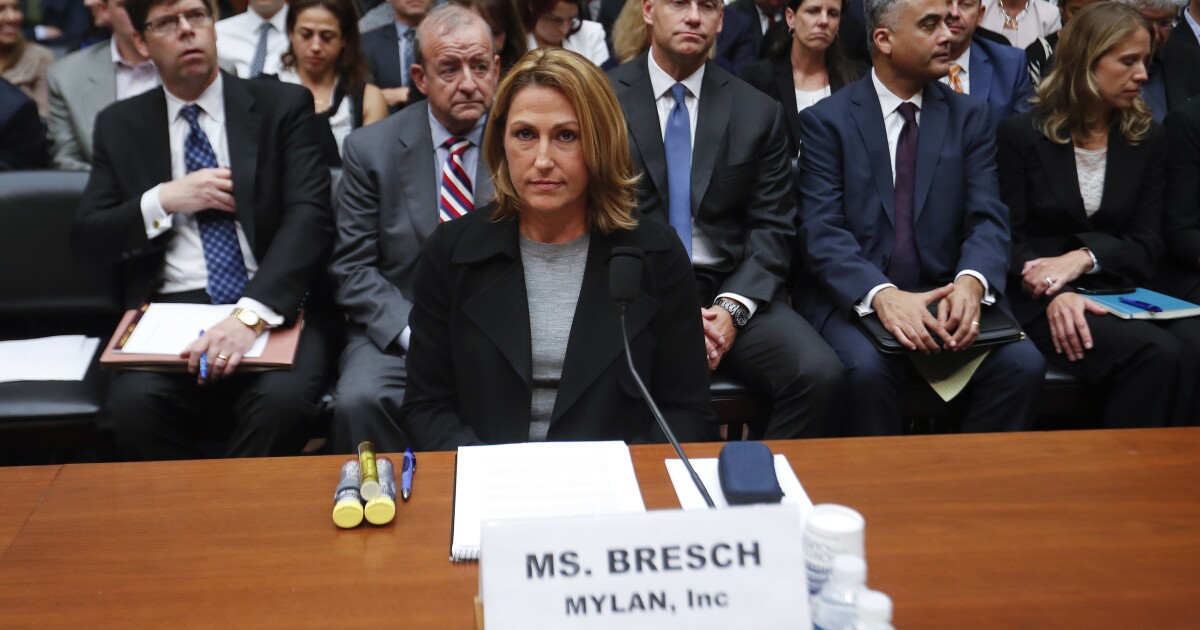 A federal judge in Kansas City, Kansas, awarded the EpiPens distributor a partial victory in a massive consumer class action lawsuit, but allowed the antitrust lawsuits against the company to go to trial in September.

In a 180-page ruling on Wednesday, U.S. District Judge Daniel Crabtree granted summary judgment to Mylan NV and its former CEO Heather Bresch, the daughter of Democratic Senator Joe Manchin of West Virginia, over allegations of racketeering and certain antitrust claims, but refused to dismiss other antitrust claims.

The case concerns whether Mylan sought to monopolize the EpiPen market after dramatically increasing the price of the lifesaving device, sparking public outrage and a congressional investigation nearly five years ago.

EpiPen is the brand name for a self-injecting device that delivers the drug epinephrine, which is used to treat life-threatening allergic reactions known as anaphylaxis. Anaphylaxis is most often caused by food allergies, but can also be caused by insect bites, medications, and other substances.

In a statement, Mylan, now known as Viatris Inc., said he was satisfied with the court’s decision to dismiss plaintiffs’ racketeering allegations and antitrust allegations that Mylan banned competition through rebate agreements with pharmacy benefit managers.

“The company strongly believes that Mylan’s conduct was legal and pro-competitive, and that plaintiffs will have great difficulty in proving damages resulting from Mylan’s actions,” he said.

The lawsuit, which brings together five separate consumer cases filed in Kansas and other states, was transferred to federal court in Kansas City, Kansas, in 2017 due to its geographic centrality.

In February 2020, Crabtree allowed the lawsuit to go forward as a nationwide class action lawsuit. Lawyers said millions of consumers could be eligible for damages if the case goes to trial or is settled.

The lawsuit alleges that Mylan has engaged in an illegal scheme to monopolize the EpiPen market by increasing its price by more than 500% and offering discounts to drug benefit managers in exchange for their pledge not to reimburse competing products.

Crabtree, however, found the rebate contracts to be short-lived and easily terminable, and therefore did not stifle competition.

And in a major setback for the plaintiffs, Crabtree also dismissed their racketeering allegations, saying they had failed to demonstrate that the mail or wire fraud caused the EpiPen to increase in price. Under RICO, plaintiffs are entitled to triple damages plus attorney’s fees if the judge rules in their favor.

However, Crabtree refused to dismiss the plaintiffs’ antitrust claims based on a settlement reached by Mylan with generic drug maker Teva in 2012. The settlement required Teva to wait until 2015 to launch a generic product comparable to the EpiPen.

Crabtree said the plaintiffs had produced evidence “from which a reasonable jury could conclude that the EpiPen regulation delayed the entry of generics by slowing down Teva’s efforts to gain FDA approval before the entry date. agreed to the regulations of June 22, 2015 “.

The case is currently due to go to trial on September 7. In her statement, Viatris said she would defend herself “vigorously”.

Mylan acquired the right to market and distribute the EpiPen in 2007. At the time, an EpiPen package cost around $ 100. Today, it costs over $ 650 with no drugstore coupons or manufacturer discounts.

At a hearing in September 2016, the late Representative Elijah Cummings, the leading Democrat on the House Oversight Committee, accused Bresch, then Mylan’s CEO, of exploiting an “old, cheap drug that doesn’t ‘has virtually no competition’ and to increase ‘the price beyond and over and over again as high as you can.

In addition to Mylan, the plaintiffs sued Bresch under RICO. But Crabtree also dismissed the RICO claims against it.

Bresch, the daughter of Senator Manchin, saw her salary increase from around $ 2.5 million in 2007 to nearly $ 19 million in 2015, during which time Mylan increased the price of EpiPens by more than 500 %. This sparked the fury of EpiPen users, many of whom said they could no longer afford the device.

Bresch stepped down after eight years as CEO in 2020 following Mylan’s merger with Pfizer’s Upjohn unit to form Viatris.

Earlier this year, Crabtree ruled in Mylan’s favor in another EpiPen-related case brought by rival pharmaceutical company Sanofi. Like the plaintiffs in the consumer dispute, Sanofi claimed that Mylan violated antitrust laws by offering discounts to insurers and pharmacy benefit managers that excluded Sanofi’s EpiPen-like device, known as the Auvi- Q, lists of drugs covered by health plans.

Crabtree, however, said exclusive drug distributions are not illegal if they do not involve threats or coercion.