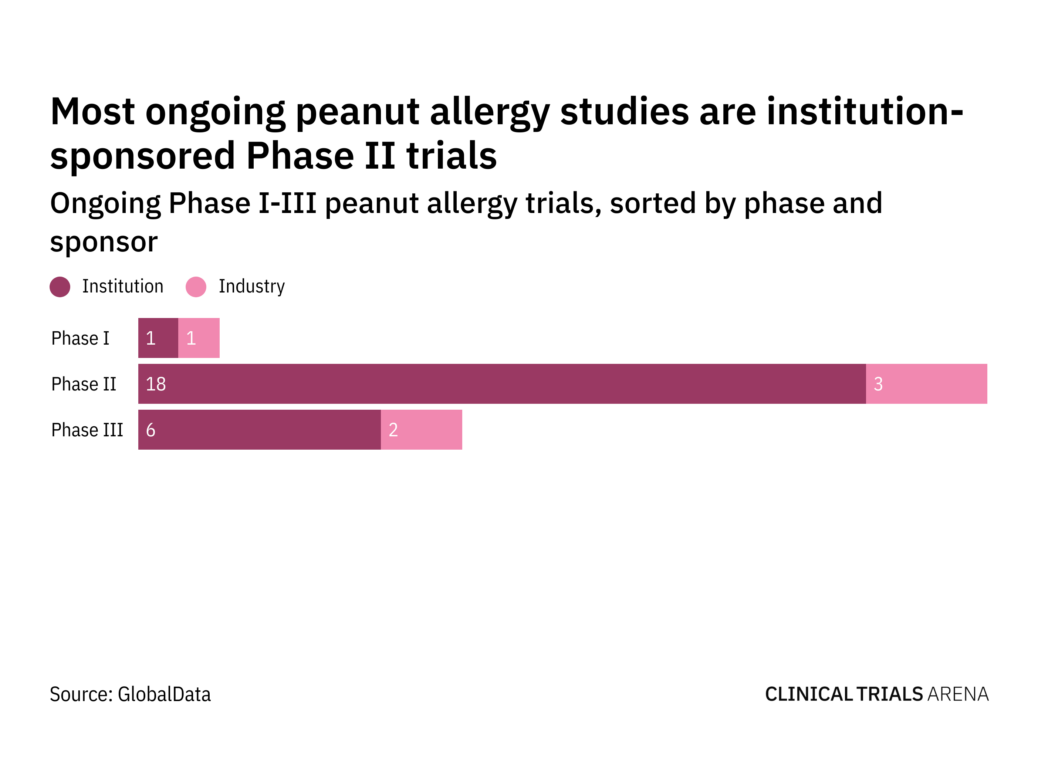 New York-based Intrommune is looking to start the multicenter Phase II trial in North America in late 2022 or early 2023, Nelson said. The exact timing will depend on an ongoing Series B fundraiser of $40-45 million, which will fund the planned Phase II study and preparation for a possible future Phase III trial and commercialization, adds he.

As a primary endpoint, patients will undergo a dietary challenge before and after treatment, Nelson says. Food challenges, which involve gradually giving patients allergens until they show an allergic reaction, are the FDA’s preferred endpoint in peanut allergy trials.

The food challenge is the FDA’s gold standard for clinical trials, Nelson notes, but Intrommune is looking for ways to evaluate treatments without the food challenge. As an exploratory endpoint, an ongoing Phase I trial (NCT04603300) of INT301 assesses level changes of peanut-specific IgG4 and IgE antibodies in participants.

INT301 is an oral mucosal immunotherapy, delivering small amounts of allergens via toothpaste that causes patients to develop tolerance to peanut protein. “The biggest benefit is that brushing your teeth is already built into the daily routines of most Americans,” Nelson says.

Current phase, I could see a change

Intrommune is leading the ongoing OMEGA Phase I trial to test the safety of INT301 in adults with peanut allergy. OMEGA moved into the third cohort after achieve security goals in 11 doses. Now, biotech is asking the FDA if the ongoing trial can begin collecting long-term safety data, continuing maintenance patients and administering a dietary challenge at the end of the study, Nelson adds.

As a primary endpoint, Phase I is investigating the percentage of patients who can tolerate increasing doses of INT301, comparing the incidence of systemic and non-systemic adverse reactions in adults with peanut allergy receiving INT301 versus a placebo. The ClinicalTrials.gov listing of the Phase I trial does not include food provocation as an endpoint.

According to GlobalData’s clinical trials database, 21 phase II trials are underway for peanut allergy, compared to eight phase III studies and two phase I studies. The vast majority of trials have institutions as sponsors, representing 25 of 31 ongoing phase I-III studies.

Worldwide, more than 200 million people suffer from food allergies, including about 32 million in the United States. People with peanut allergies who are inadvertently exposed to peanuts can face serious and life-threatening side effects, including anaphylaxis.