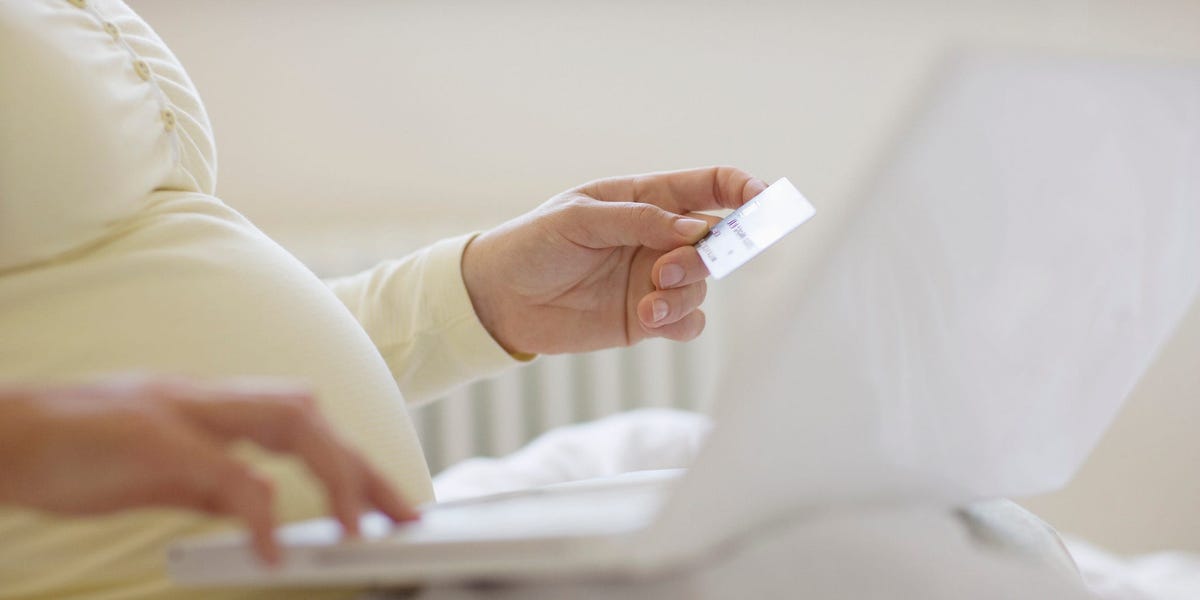 I found out I was pregnant one day before my birthday in May 2020.

At the time, my fiancé had almost moved into my two-bedroom apartment in Andalucia and we had wasted the majority of our savings on trips around Europe that summer. Faced with a staggering reality that I hadn’t prepared for, I was a wreck – and my finances weren’t much better off.

To make matters worse, not even a month into the pregnancy, my husband, Ryan, had to cross the Atlantic to the United States with his ship. We’re both in the Navy, and since my ship wasn’t due back for a while, I remained mostly sequestered by COVID in my unair-conditioned apartment, alone, pregnant, and pretty broke.

When I think back to my finances at the time, I realize that I was actually in decent shape. I had more than enough money for groceries, food, rent, transportation, and other incidentals. I had a 2000 Ford Edge beater that my husband had bought for around $3,000 several years earlier and although it often failed, I lived within walking distance of a great mechanic.

But through my panicked pregnancy lens, I couldn’t see it that way. I told myself that I couldn’t afford a baby. I was worried about ruining my future child’s life because of my lack of financial savvy and irresponsible spending, and that we would never have enough because we were always trying to catch up.

I kept saving money, but it never seemed enough

Persistent prenatal nausea kept me awake most nights, as did the worst-case scenarios I started reading about on internet forums during those waking hours: What if my baby has special needs that I can’t afford? What if I can’t afford daycare? What if he has food allergies and we have to buy a bunch of expensive gluten-free, nut-free, and dairy-free foods?

And so on, all before the first ultrasound.

Mention matching nursery furniture, organic baby food, and Montessori daycare and I’d fall into a mode of self-loathing and anxiety that was hard to get out of.

I dealt with this anxiety by channeling this energy into saving as much money as possible. It worked in the sense that I accumulated a lot of money, but it didn’t make me feel better. I always felt like I missed enough for my baby and I always felt unworthy as a mother.

These feelings and experiences fed on each other in a continuous cycle that made me feel bad. The feeling that there wasn’t enough money made me anxious, and in turn, that anxiety distorted my thinking and made me see the healthy five-figure savings I had accrued at the time. of my return to the United States as “barely” sufficient, even though it was full.

Fortunately, being back with my husband and only the states – instead of the oceans – away from my family and friends helped me take some distance from my constant worries and turned my energy towards healing of my relationship with myself and with money. It would take a lot longer than I thought (I’m still working on it two years later), but learning about financial literacy helped me forgive myself for not having everything I had. thought I needed to support my family and approach money from a place of abundance rather than scarcity.

Two of the first

I read were “Smart Women Finish Rich” and “Smart Couples Finish Rich”. These two are great guides because their author, David Bach, breaks down practical steps to wealth and financial peace that aren’t overwhelming and make a lot of common sense. Part of his process is to consider financial goals and attitudes toward wealth building that go beyond the scope of many financial literacy books I’ve read through in the past that are written on an easy to understand and encouraging tone.

Later, I read books like “Your Money or Your Life” by Vicki Robin, “You Are a Badass” by Jen Sincero and “Think and Grow Rich” by Napoleon Hill, all of which helped me gain good financial decisions for my family and less worried about what I didn’t do or didn’t have.

I also listened to podcasts and watched Youtube videos on wealth creation and retention. Overwhelmingly, my favorites have been The Mindset Mentor Podcast with Rob Dial (and his inspiration Instagram account) and The Manifestation Babe Podcastwhich focuses on personal and spiritual development and also offers plenty of solid financial and career advice.

Now I focus on what I already have

The biggest lesson on my healing journey has been to let go of my needs and focus on what I already have, which is always more than enough.

I no longer worry that I haven’t saved enough to build a $15,000 nursery or pay for a snooo or one of those other baby gadgets that prey on new moms insecurities because it’s such an amazing blessing to have a room for my baby in the first place and to have people in our lives who were able to give us baby things that we should have bought.

This change took a lot of time, patience, reading, and time in my therapist’s office, but it was all well spent.

Because pregnancy is such a transformative event, it can stir up extremely strong feelings, old insecurities, long-buried grief, and unprocessed emotions. It amplifies evil because of our human tendency to focus on the negative.

Unfortunately, much of this stress is self-imposed, encouraged by an influx of hormones and extreme body changes (not to mention lifestyle). I wish I had known all of this before I started. I’m not saying he would have kept the

away, but it would have taken a big burden off my plate.