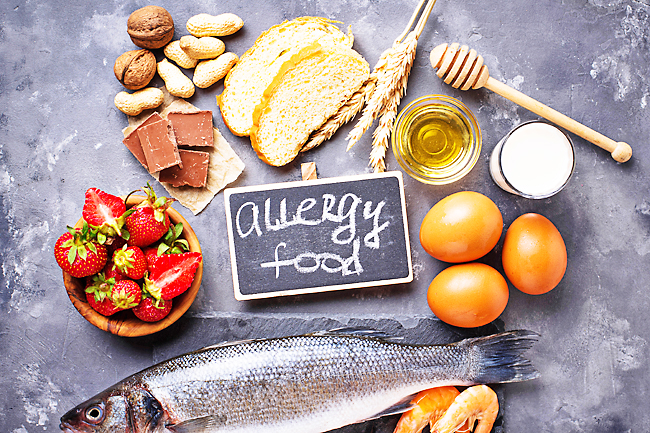 ANN/THE STAR – Food allergies are defined as adverse reactions to certain types of food due to underlying mechanisms mediated by the immune system.

Such allergies can develop at any age, although most tend to appear during childhood.

Although any food can theoretically trigger an allergic reaction, a few select foods are often responsible for most of these reactions, with the most common food groups being seafood and nuts.

However, there are a number of uncommon allergies that have been increasingly recognized in recent years, including red meat allergy syndrome and pancake syndrome.

The tick bite can transmit a type of sugar molecule called alpha-gal, which can cause some people’s immune systems to produce allergic reactions to certain meats like beef and lamb, as well as other products. mammals like milk and gelatin.

Reactions can range from mild to severe and there is currently no known cure.

Broadly speaking, food allergies can be classified into two categories: IgE-mediated or non-IgE-mediated immunoglobulin E (IgE), although some reactions may exhibit features of both mechanisms.

In IgE-mediated reactions, the onset of symptoms is quite short, usually developing within 10 minutes to four hours of ingesting the food allergen.

These symptoms can involve several systems in the body, including:

However, symptoms of non-IgE-mediated reactions tend to appear later. They are also generally located in the digestive system and/or the skin.

Mild allergic reactions, such as localized rashes, can be self-medicated with antihistamines and may not require medical attention.

They are potentially fatal, especially if left untreated or if treatment is delayed. In such cases, self-treatment with medications such as antihistamines is of limited benefit at best, as they do not relieve the airway obstruction.

Anaphylaxis is also often accompanied by a condition known as anaphylactic shock, where tissues and cells in the body do not have enough oxygen to function. If someone is in shock, it is a medical emergency and it is essential that they are taken to hospital as soon as possible, so that timely treatment and monitoring can
to be initiated.

If you suspect a moderate or severe allergic reaction, you are advised to seek immediate medical attention.