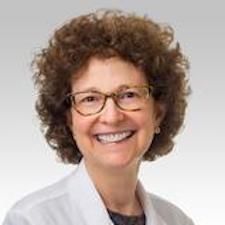 High burden of disease in young children with atopic dermatitis

The disease burden of atopic dermatitis is high in pediatric patients, according to new data presented at the 2022 American Academy of Allergy, Asthma & Immunology (AAAAI) Annual Meeting.

A team, led by Amy Paller, from Northwestern University Feinberg School of Medicine, has identified the true burden of atopic dermatitis in patients younger than 12.

The actual disease burden of moderate to severe atopic dermatitis in pediatric patients under 12 years of age is understudied and poorly defined.

Investigators used the ongoing 5-year, international, prospective, non-interventional PEDISTAD study to identify patients under 12 years of age with investigator-assessed moderate to severe atopic dermatitis inadequately controlled with topical therapies or patients for which such therapies are not recommended.

There were 732 patients included in the study with a mean age of 6.2 years and a median age at onset of atopic dermatitis of 0.7 years. In addition, 59% of patients had type 2 inflammatory comorbidities.

“Children with moderate to severe AD aged less than 12 years in PEDISTAD had a significant disease burden, reflecting a major unmet need for effective disease control,” the authors wrote.

The new data suggest an association between increased GBA activity and inflammation in disrupted lipid processing.

Atopic dermatitis has been characterized by abnormalities in lipid organization along with immune dysregulations and an altered skin barrier, with researchers believing that altered GBA activity contributes to skin barrier defects in patients with atopic dermatitis.

The researchers observed that GBA activity was significantly higher in patients with atopic dermatitis at baseline compared to healthy controls, but decreased after 6 weeks of treatment.

The same pattern was observed with respect to glucosyl-cholesterol, as baseline values ​​were higher in patients with atopic dermatitis compared to healthy controls and decreased after treatment.

However, glucosyl-cholesterol and GBA activity was still higher in patients with atopic dermatitis than in healthy controls, both of which correlated with transepidermal water loss and levels of several cytokines, including IL1α and IL-18.

The study, “The Patient Burden of Moderate-to-Severe Atopic Dermatitis (AD) in Aged Children,” was published online in the Journal of Allergy and Clinical Immunology.