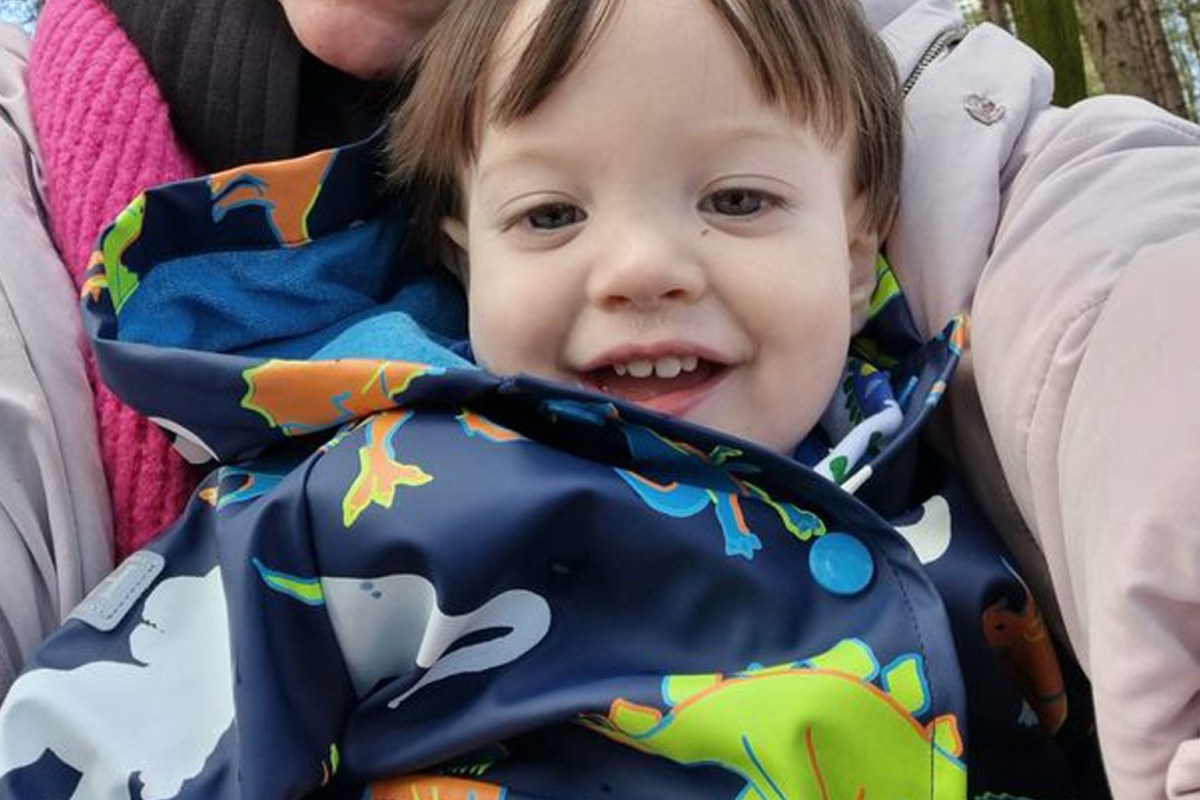 Nursery HERO staff saved a little boy from a severe allergic reaction after a mysterious red spot appeared on his face.

Staff at Astbury Lane nursery in Congelton, Cheshire, feared young Dominic Whitham was on the verge of full anaphylactic shock.

They gave the youngster – affectionately known as Doodles – allergy medicine as his mother Kerri-Louise rushed to her son’s side.

Young Dominic was having a reaction to a new oral medicine for his skin problem when nursery workers became concerned on March 23.

Talk with CheshireLivemom Kerri-Louise revealed the horrific moments that followed that phone call.

She said: “I saw straight away that her lips had started to swell, her eyes were poofy, her lips were deep red.

Luckily, the tough youngster didn’t experience a complete collapse of his trachea, but instead was assaulted with rapid, shallow breathing.

The GP told Kerri-Louise to take Dominic to hospital where doctors monitored him as the allergy medications wore off.

Kerri-Louise added: “Fortunately, due to the medication given so early in the reaction, Dominic’s symptoms have not progressed much.

Most read in The Irish Sun

“He was released from the hospital fairly quickly and the doctor said they were ‘lucky’ the reaction wasn’t worse.

“She was surprised her throat didn’t close on him, it could have been complete anaphylactic shock. But it wasn’t, the reaction stopped at the swollen face.”

He also suffers from respiratory problems and neonatal absence syndrome after developing a morphine addiction due to his mother’s disability.

Kerri-Louise was involved in a car accident at age 16 that left her left leg paralyzed and resulted in spinal injuries.

Neonatal abstinence syndrome occurs when a body exhibits withdrawal symptoms and begins to shake because it is missing a certain substance.

Kerri-Louise said her son wouldn’t be here if it weren’t for the quick-thinking nurserymen at Astbury Lane Nursery.

She said: “When I mentioned his health issues, it was never a problem.

“Nothing is too much for this nursery, they did something that was so hard at home, such a worry, they made it easy.

“When he goes to nursery, I don’t worry because I know for a fact that they will take care of him.”

Nursery manager Kate Smithers said she was “proud” of her team.

She said: “After the girls noticed the mark on Dominic’s face, they immediately responded by giving him the necessary care and treatment.

“The team are amazing and the way they took control of the situation and knew something was wrong, detracts from how seriously they take their role.

“From the moment they noticed the mark, until the emergency medication was administered, it took literally minutes.

“Throughout they remained calm, focused and worked together as a team to support each other, Dominic and also his mother, Kerri.

“As a crèche, we are beyond proud of the team and their commitment to supporting all of our children and building these strong, professional relationships with their families.”

“I’m incredibly proud of them for all they do every day for our children and their families.”

GoDo and Highnote target Americans who live paycheck to paycheck

How to easily read food labels with your iPhone