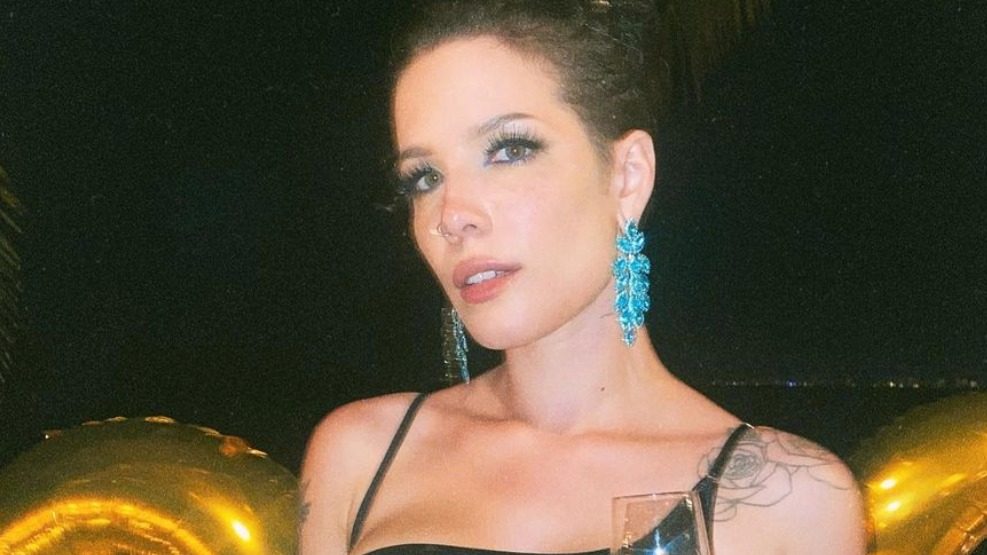 The singer, who has been “really, really sick,” was recently hospitalized with anaphylaxis, a life-threatening allergic reaction.

MANILA, Philippines — American singer-songwriter Halsey (she/they) has revealed to her fans that they were diagnosed with multiple health issues after being hospitalized with anaphylaxis (a severe allergic reaction). The diagnoses come almost a year after they welcomed their first baby boy Ender in July.

On Tuesday, May 10, the 27-year-old “Control” singer updated his fans on his condition on Instagram Stories after a TikTok circulating confirming he was “allergic to literally everything.” They said their health had “changed a lot” since becoming pregnant and giving birth.

“I started to get really, really, really sick…I was hospitalized with anaphylaxis [a potentially life-threatening allergic reaction] a few times and I had other stuff going on,” they said on camera, while wearing a heart monitor.

After seeing “one hundred thousand doctors,” Halsey said they were officially diagnosed with Ehlers-Danlos syndrome, Sjögren’s syndrome, POTS (postural orthostatic tachycardia syndrome) and mast cell activation syndrome. . At the moment, they are “still looking for the root cause of some of these things.”

According to Ehlers-Danlos Syndrome Society, syndromes are a group of “inherited connective tissue disorders that vary in how they affect the body and in their genetic causes, but the underlying concern is the abnormal structure or function of collagen and certain connective tissue proteins allies”.

According to Sjögren Foundation, SJögren’s syndrome is a “systemic autoimmune disease that affects the whole body”, with symptoms of widespread dryness and complications such as profound fatigue, chronic pain, major organ damage, neuropathy and lymphoma.

Postural tachycardia syndrome (POTS) is “an abnormal increase in heart rate that occurs after sitting or standing, with some typical symptoms including dizziness and fainting”. according to the NHS.

Mast cell activation syndrome is “a condition in which mast cells in your body release too much of a substance that causes allergy symptoms”, which can lead to repeated episodes of anaphylaxis symptoms, as mast cells are allergic cells responsible for allergic reactions immediate.

“It could potentially be another autoimmune disease, and I know I’ve had autoimmune issues for most of my life, especially endometriosis, but it’s kind of exacerbated since I got Ender,” they said.

They reassured their fans not to worry as they are currently on a treatment plan and are still ready to perform for their next one. love and power To visit.

“I’m really excited and I’m really confident that I’ll be able to do this in a healthy way where I can do my best for all of you,” they added.

Halsey, real name Ashley Nicolette Frangipane, unveiled in 2018 that they had their eggs frozen due to a diagnosis of endometriosis, a painful condition that can lead to infertility in some women. The singer suffered a miscarriage in 2015 while on tour. – Rappler.com