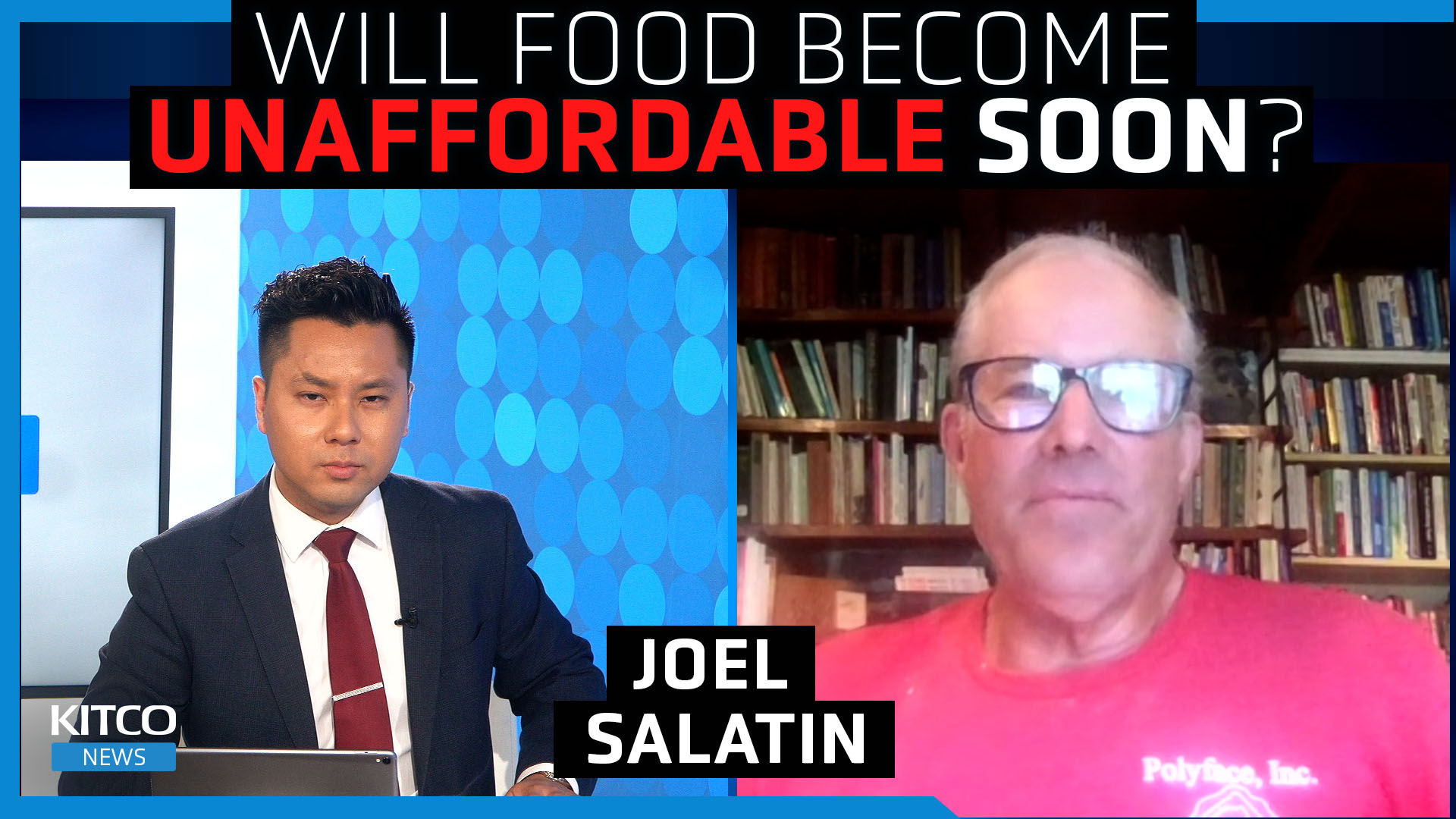 Food prices are at historic highs, the next crisis will be “manufactured” – Joël Salatin

In 1900, the share of the American labor force involved in agriculture was almost 50%. Today it is less than 2%. This is due to industrialization, economies of scale and trade, said Joel Salatin, author and co-owner of Polyface Farms. However, Salatin warns that greater efficiency has had its price and made our food supply more fragile.

“Part of the efficiency equation has been centralization,” he explained. “[But] with COVID, and now partly with the war in Ukraine, what’s happened is that large-scale centralized efficiency has shown cracks in the system.

He pointed out that food processing factories have thousands of employees, making them more susceptible to pandemic shocks than smaller factories with fewer workers.

Salatin added that “on our farm… where we have a small processing plant with 20 to 25 employees… I don’t wake up in the morning wondering [whether we] broke a new government rule or COVID procedure, or something like that.

The high cost of low prices

Although Salatin claimed efficiency had lowered food prices, he said it came with “externalized costs that weren’t captured at the cash register.”

“It took a few decades for the fragility to start showing up,” he explained. “We started seeing it with Campylobacter listeria, E. Coli, food allergies… superbugs are a new phenomenon in the last thirty years caused by an unprecedented consolidation of the use of antibiotics and hormones in the world. within the factory farming system.

“There is probably a relationship between cheap food and health costs, versus high quality food and not being sick,” Salatin added.

He also said that the quality of the soil had deteriorated, due to industrial agriculture, and that “one would have to eat seven pounds of broccoli today to get the same nutrition as one pound of broccoli in 1930” .

Finally, he pointed out that “obesity is very high, indicating cheap food”.

“Sugar is cheap, protein is expensive,” Salatin said. “The obesity epidemic follows the politics of cheap food, as candy bars are cheaper than pork chops.”

“Black Swan” events, such as COVID-19 and the war in Ukraine, have damaged agricultural supply chains, demonstrating the “fragility” of the food system, Salatin said.

“One in five bites of food is produced outside of the United States,” he explained. “It’s the highest he’s been in history… There’s [now] a renewed interest in localization rather than globalization… [In other words]having smaller outfits that are less sensitive to the type of upheavals that may be related to energy, health, regulation or relationships.

He added that “the global system is highly interconnected”, and that since Ukraine supplies “30% of the world’s wheat” and Russia supplies “20-25% of the world’s chemical fertilizers”, this affects food prices for everything. the world.

What is the solution?

Salatin’s solution to the problems of the food system was to increase the role of small producers who use traditional farming methods. To do this, he said he would “abolish the USDA” and allow a free market in agriculture.

“If people are afraid of dangerous foods, there would be private outfits, like AAA in automobiles,” he said.

“It’s time to leave the food bureaucracy of industrial, Neanderthal, barbarian government interventionists,” Salatin said. “Uberize it, so that you and I can exercise our food choice in voluntary and consensual relationships with our producers, and have voluntary and democratic access to food.”

For Salatin’s thoughts on food shortages and lab-grown meat, watch the video above.

We ask a nutritionist and dermatologist