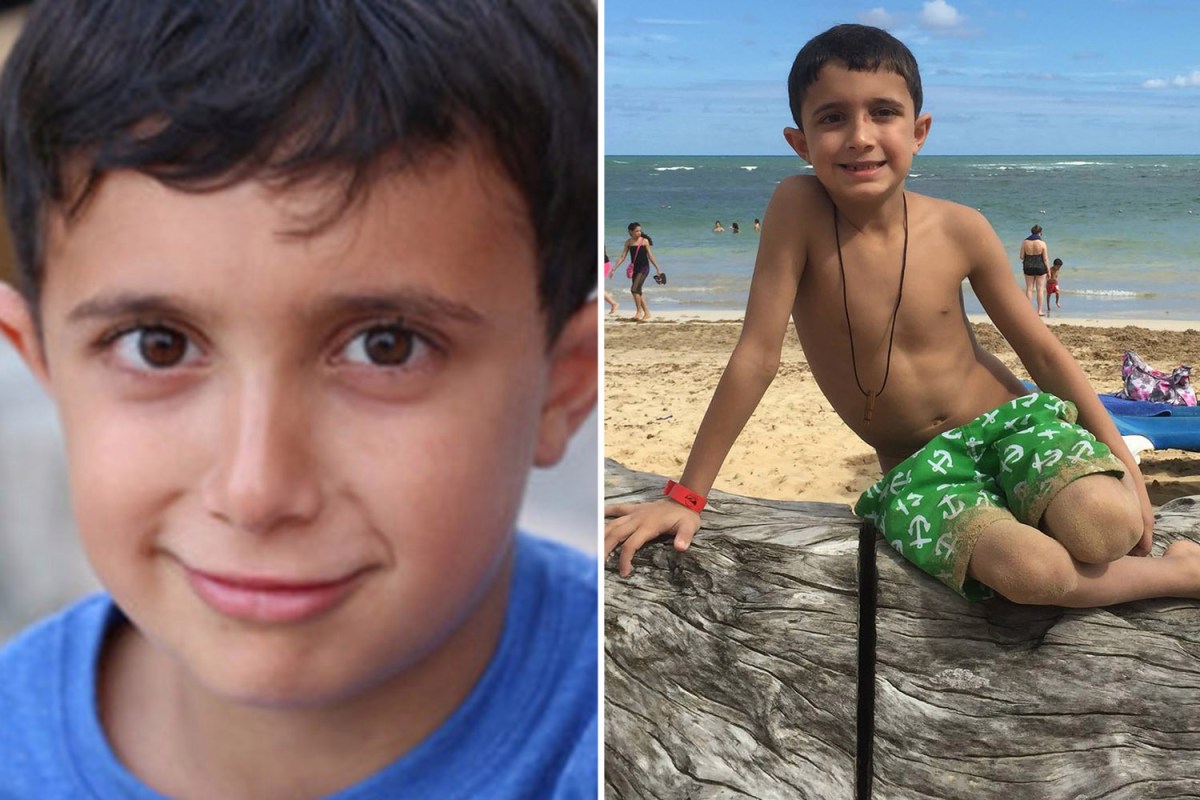 THE family of the boy who died of an allergic reaction after eating spaghetti in Italy have revealed their heartache.

And her family has since opened up about the tragedy, saying it was the “worst day of their lives.”

The schoolboy had spent a semester with mum Cassandra and dad Rizwan, both 43, and their little brother Aidan in the town of Ravello on the Amalfi Coast in Italy in October 2015.

Restaurant staff were warned about their boy’s severe allergies – told he couldn’t have cheese or dairy.

But the waitress didn’t understand their request and assured them the dish was safe.

Minutes after returning to their tour bus with other British tourists, Cameron went into shock before suffering cardiac arrest in the main square.

Ms Wahid, who works as a nurse, managed to give her son an EpiPen, but it was too late and the schoolboy died three days later, on October 30, 2015, in a hospital about 35 miles from Naples.

And dad, Mr Wahid, has now spoken of the family’s heartbreak, saying, “Cameron’s allergy has always been severe, but we have been so careful with him and scrupulous with what he ate. .

â€œBefore his allergic reaction, the waiters assured us that the food was safe for him.

â€œWatching him go into anaphylactic shock and suffer like that was without a doubt the worst experience of our life.

“He was a lovely little boy and always made our days bright.

“We believe his death was preventable and we still find it difficult to accept that he is no longer here.”

After his tragic death, the family fought a long legal battle against the restaurant La Margherita Villa Giuseppina.

Waitress Ester Di Lascio was found guilty of manslaughter by an Italian court in 2019.

She did not correctly highlight the possible allergic reactions caused by the ingredients of the dishes on the restaurant’s menu, the court found.

The pasta Cameron ate was served with a tomato sauce made with milk by chef Luigi Cioffi, who was later cleared of any wrongdoing.

The East Grinstead family in West Sussex have received Â£ 288,000 in compensation from a court.

Cameron’s parents are now calling for lessons to be learned from his death and want to raise awareness of the seriousness of allergies.

What is a milk allergy?

The reaction to dairy products, known as cow’s milk protein allergy (CMA), affects between two and 7.5 percent of children under one year of age.

As a parent, you will likely notice the signs when you first introduce milk into your child’s diet, which may be through their infant formula.

In rare cases, babies who are exclusively breastfed can also develop the allergy – because of the cow’s milk from their mother’s diet.

There are two types of reaction: immediate MAC, which occurs within minutes of consuming dairy products, and delayed MAC, which takes hours or even days to develop.

Most affected children get rid of their dairy allergy by the age of five.

An immediate reaction, swelling of the mouth or throat, wheezing, coughing, shortness of breath, and difficult or noisy breathing can all be signs of anaphylaxis.

Anaphylactic shock is a medical emergency and can be fatal. Call 999 or go to your local A&E department immediately.

And dad, Mr Wahid, said the family had used the criminal trial process in Italy to ensure justice was served for Cameron “which we did”.

â€œWe know nothing will bring him back, but we want to help prevent others from suffering the pain that we continue to feel.

â€œPeople need to know how serious allergies can be, and we will continue to work on awareness as needed.

He has since started working as an Ambassador with Allergy UK, the UK’s leading charity providing support for people with allergies.

The family were represented by Daniel Matchett, an international serious injury lawyer at the firm of Irwin Mitchel.

â€œThe past few years have been incredibly difficult for Cameron’s family, having watched him die of an allergic reaction that could and should have been avoided,â€ he said.

The most important step in controlling allergy symptoms