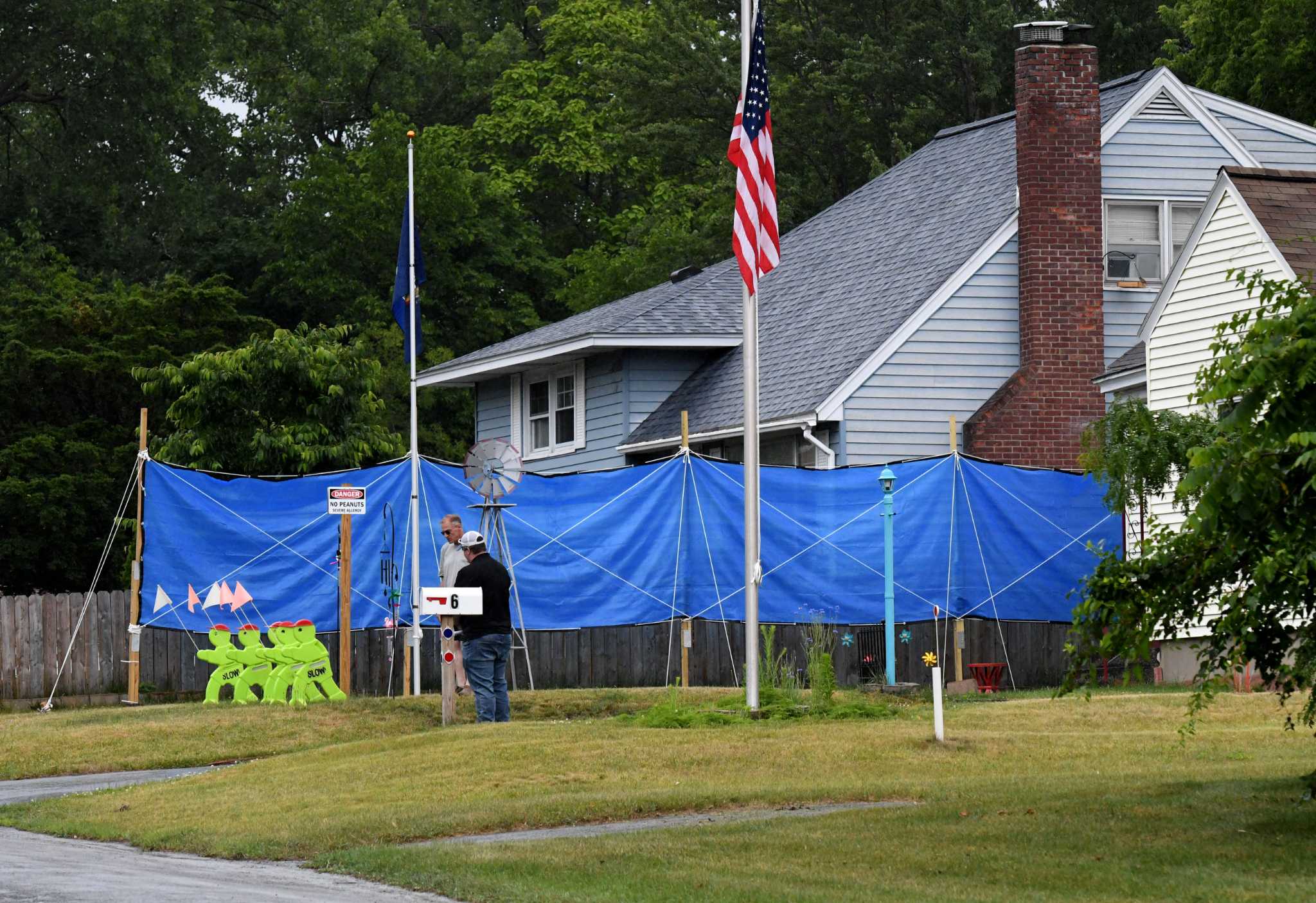 Families feud but Schenectady neighbors say they are the victims

SCHENECTADY — Two neighbors on a secluded street in Schenectady have been at odds for years.

But neighboring owners say they are the victims because they have been forced to watch their increasingly garish displays of passive aggression.

This includes a 10-foot-tall blue tarp between the houses, a row of neon yellow soldiers, and a “Worst Neighbor Ever” sign.

The long-simmering feud between neighbors on Van Ryn Avenue, a secluded cul-de-sac near Brown School in the city’s Woodlawn neighborhood, has neighboring landlords moaning.

No one in either of the two warring houses answered the door Thursday morning, the day after WRGB-Channel 6 broadcast a segment when weary neighbors contacted the station asking for a resolution.

Then the neighbor of the yellow house launched a “Danger!” “No Peanuts, Food Allergies” sign, signaled WRGB-channel 6who interviewed one of the owners off-camera on condition of anonymity.

Several squirrels could be seen frolicking in the courtyard of the blue house on Thursday morning.

Regardless of how the dispute started, neighbors say the displays make fun of the quiet neighborhood — and city police say one of the properties has called them at least 20 times since 2013 to complain.

This includes a May 15 call about the installation of the “Worst Neighbor Ever” sign.

Harrington recalled a verbal altercation that resulted in a visit from police.

A close neighbor, who declined to be named, said the sight discouraged her from sitting on her porch.

“It’s madness and a monstrosity,” said the neighbor. “It’s a shame and I think it’s to the detriment of the property.”

She wondered why a 10ft tarp was allowed when residential side yard fences are capped at 6 feet under the city code.

Another said the dispute only made the warring parties look ridiculous.

“I think it will create a disadvantage in the neighborhood,” Kevin Ramnath said. “It’s a quiet place.”

Harrington said she wasn’t personally bothered by the display because she didn’t have to watch it. But several owners have put their homes on the market, she said, fearing the dispute could scare away potential buyers.

Chief Building Inspector Chris Lunn said the owner who installed the tarp agreed to remove it on Friday after visiting them Thursday morning.

“I’m going to give him a fencing license application,” Lunn said. “Then he will build his own fence.”