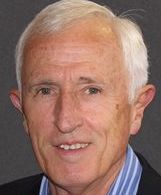 Recent data showed that oral biologic dupilumab (Dupixent) reduced severe exacerbations such as asthma attacks and improved long-term lung function for up to 96 weeks in adults and adolescents with signs of inflammation of the lungs. type 2, regardless of the allergic phenotype.

The results were presented at the 2021 International Congress of the European Respiratory Society (ERS).

Dupilumab is a fully human monoclonal antibody capable of blocking the shared receptor component of interleukin-4 and IL-13, the main drivers of type 2 inflammation in various diseases.

In this study, the researchers also found that 29.6% (n = 103) of patients treated with dupilumab had no exacerbation at week 24, compared to 7.7% (n = 15) of the placebo group, with an ACQ-5 score of less than 1.5. and a post-bronchodilator FEV1 of at least 80%, which was classified as clinical remission.

In the recent study, Batemen and colleagues analyzed the QUEST / TRAVERSE study population with and without evidence of an allergic asthma phenotype at baseline and with characteristics of a type 2 inflammatory phenotype according to the criteria. GINA.

Patients in the LIBERTY ASTHMA QUEST trial who participated in the OLE LIBERTY TRAVERSE study included patients with or without evidence of an allergic asthma phenotype, as well as blood eosinophils â‰¥ 150 cells / ÂµL at baseline and FeNO â‰¥ 20 ppb at the beginning.

The investigators established a dupilumab group and a placebo group. Participants in dupilumab received 200 to 300 mg of the biologic every 2 weeks.

Annualized exacerbation rates in patients with type 2 asthma with and without evidence of allergic phenotypes were recorded, as well as changes in pre-bronchodilator FEV1 in these same groups.

Overall results were recorded at 96 weeks.

The results of the TRAVERSE study mirrored those recorded in the QUEST study.

In addition, the mean improvement in FEV1 LS from baseline of QUEST in people with â‰¥ 150 blood eosinophils / ÂµL was 0.35 L versus 0.39 L in allergy sufferers and 0.36 L versus 0.37 L in people without allergies.

Batemen and colleagues noted that dupilumab reduced the rate of exacerbation in patients with type 2 inflammatory asthma. An improvement in pre-bronchodilator FEV1 was also recorded, which was maintained through the 96 weeks of l ‘study.

As mentioned earlier, allergic phenotypes did not influence the study results.