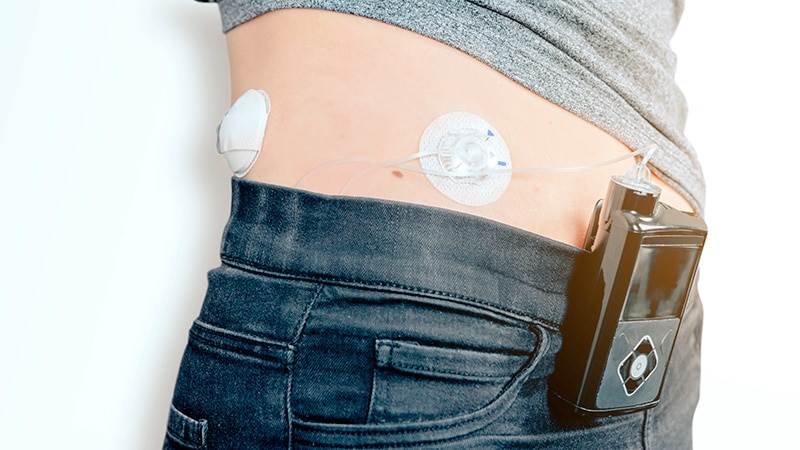 Isocyanate adhesives found in polyurethane (PU)-based diabetes treatment devices and wound dressings can cause allergic contact dermatitis (ACD), according to findings from a small case series.

“Isocyanates, widely used in the production of paints, coatings, glues,

PU adhesives and foams are well-known causes of occupational allergic and asthmatic reactions,” the study authors write, and they recommend patch testing with isocyanates.

“In the workup of patients with suspected DKA from diabetes devices and wound dressings, patch testing with isocyanates may be helpful because these devices may actually contain these skin sensitizers, particularly MDI. [4,4′-methylene diphenyl diisocyanate]and to a lesser extent IPDI [isophorone diisocyanate] and TDI [2,4-toluene diisocyanate],” they write.

“In addition to MDA [4,4′-diaminodiphenylmethane] and PMDI [polymeric methylene diphenyl diisocyanate]perhaps TDI could also be useful in detecting sensitization to MDI,” they add.

The study’s lead author, Ella Dendooven, RPharm, PhD, and her colleagues at the University of Antwerp in Belgium conducted a retrospective review of 19 patients who were patch tested at a clinic for a series of isocyanates. The patients ranged in age from 9 to 71 years old and had suspected DKA from antidiabetic devices, dressings, or both.

“Because these devices must remain in place and in contact with the skin for long periods of time, people can develop contact dermatitis, either allergic (true allergy) or irritant (sensitivity) contact dermatitis,” he said. she explained in an email. “The rash can be related to any part of the device, the cannula or tube, the dressing or the adhesive on the dressing itself.”

Massick noted that isocyanates can cause ACD rashes but escape detection on typical patch test panels.

“Current patch testing panels are limited to the most common allergens, but they are not comprehensive,” said Massick, who was not involved in the study. “If a person has a negative patch test on standard panels, you may need to do more investigation to find the culprit. Consider other potential allergens, such as isocyanates.”

“When people continue to get rashes or irritation from their devices, we shouldn’t dismiss or ignore them,” she advises. “We have to keep looking until we find the cause or at least control the associated symptoms.”

“However, in this study, many patients also reacted to other chemicals, so it is not definitive that isocyanates are the cause in all cases,” added Baker, who also did not no longer participated in the study.

With the proliferation of glucometers and other devices that attach to the skin, clinicians should be aware that isocyanates may be the cause of their patients’ DKA, Baker advises.

“Patients with reactions could be switched to different types of adhesives to avoid reactions,” he added.

The authors, Massick and Baker declare no conflict of interest. No funding information was provided.