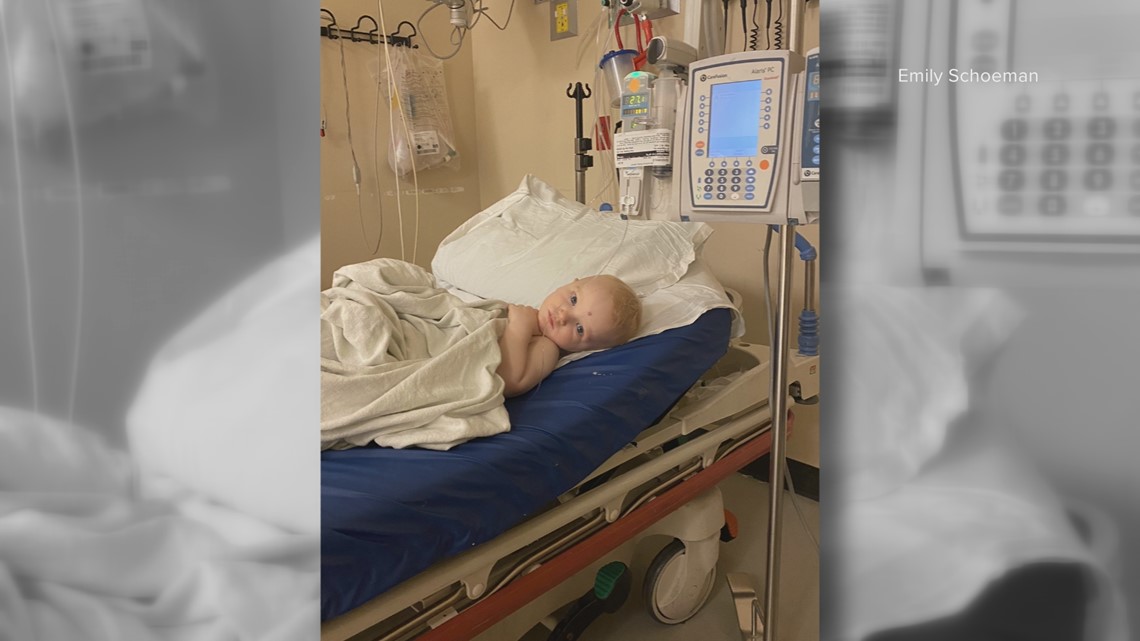 “It’s probably one of the hardest things I’ve had to do in my life,” said the boy’s father.

PHOENIX – Doctors at a valley hospital are working around the clock to determine exactly what is ailing a 15-month-old boy – unexpectedly under medical care thousands of miles from home.

“It’s probably one of the hardest things I’ve had to do in my life,” said Matthew Schoeman.

Schoeman is the father of 15-month-old Eric Schoman. The elder Schoeman is stuck at home more than 1,500 miles away in British Columbia, Canada, while his wife comforts their young son in a hospital in Phoenix.

“They found him in his crib, stiff as a board and not breathing properly and drenched in sweat,” Schoeman said.

When Eric’s mother discovered her son in his crib on Tuesday evening, trying to cry but only able to do what they describe as barking, she called 911. Believing the boy’s symptoms were anaphylactic shock, an allergic reaction to venom such as a scorpion sting, doctors administered five doses of anti-venom. His condition did not improve.

Being from Canada, the Schoemans do not have US health insurance. While doctors are still trying to diagnose Eric, his father knows the medical bills could change his life.

At this point, the family can only count on the perseverance of their doctors and on their faith.

“God is good. So. Sometimes it’s hard to see what his plan is, but I know he’s in control,” Schoeman said. “And that’s the only comfort I have right now. “

Keep up to date with the latest news and stories on the 12News YouTube channel. Subscribe today.