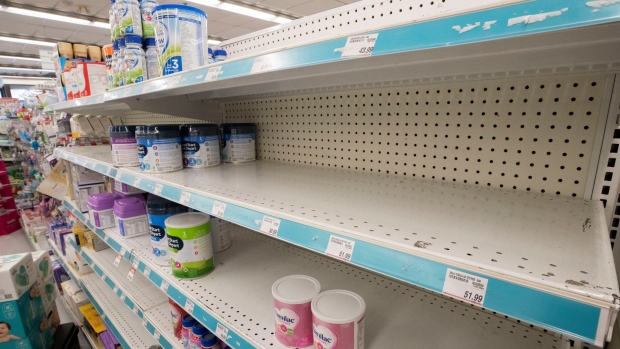 OTTAWA – Federal authorities recognize that Canada is facing a shortage formula for babies with food allergies and certain health problems.

Health Canada said in an advisory Thursday that the supply of hypoallergenic formulas is not meeting demand in some provinces.

The statement comes amid wide publicity formula shortages south of the border after the closure of a major US manufacturing plant, which also ships hypoallergenic products formula in Canada.

According to Health Canada, there are two types of formula for babies with food allergies: extensively hydrolyzed and amino acid based.

He says the shortage of extensively hydrolyzed formulas weighs on the already limited supply of amino acid-based products for babies at risk of severe allergic reactions, including anaphylaxis.

Health Canada says it is “essential” that these products are reserved for babies who need them.

“We have to make sure we’re looking for solutions here in Canada,” Trudeau told reporters in Sept-Îles, Que.

On Wednesday, US President Joe Biden invoked the Defense Production Act requiring suppliers of formula manufacturers to fulfill orders from these companies before other customers, in an effort to eliminate production bottlenecks.

Health Canada says the products must meet “quality and manufacturing standards similar to those in Canada.” The agency’s guidelines are due to expire on June 30.

— with files from Stéphane Blais in Sept-Îles, Que. and the Associated Press

This report from The Canadian Press was first published on May 20, 2022.

Boy has allergic reaction to Norfolk pub The Ingham Swan