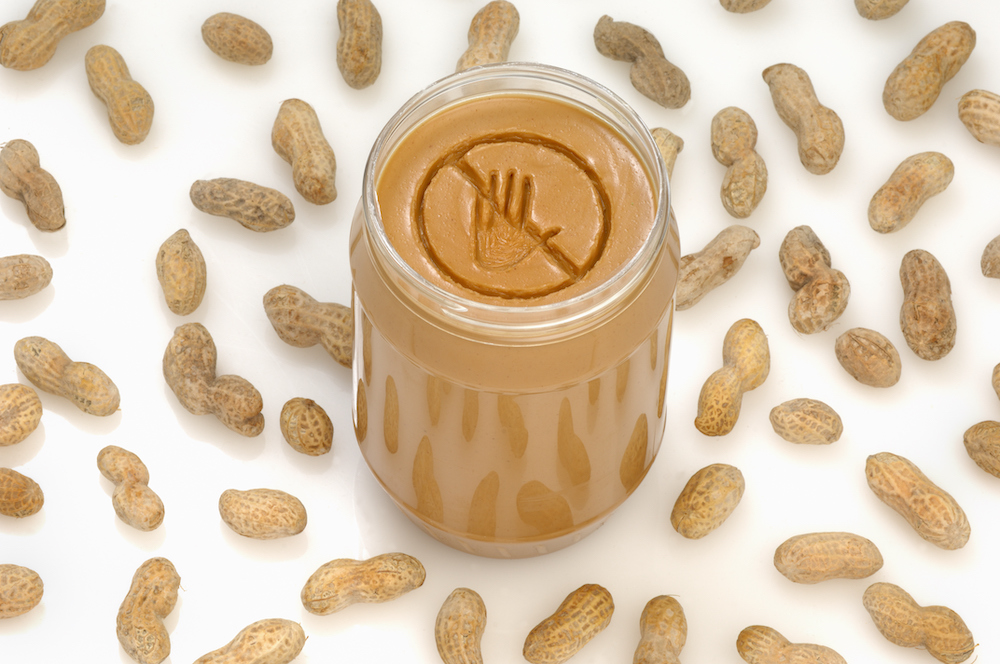 Butyrate supplementation found to be effective in treating food allergies

Nuts are a good food source for many animals (and a good target for a pet burglary in The nut work) as well as humans. Their high protein content and ability to remain stable for long periods of time make them a go-to snack for people and animals around the world. That is, of course, unless you are allergic.

Food allergies are relatively common and extend beyond the beloved nut. According to the American College of Allergy, Asthma, & Immunology, approximately 4% to 6% of children and 4% of adults are allergic to at least one common food, including eggs, dairy, fish, wheat, soy, etc For many, food allergies are a mild or moderate discomfort that makes it difficult or uncomfortable to eat certain foods. For others, exposure to certain foods can be deadly. In severe cases, a food allergy can cause anaphylaxis, leading to impaired breathing and a dangerous drop in blood pressure. Symptoms may appear minutes after exposure and require immediate medical attention.

A dose of epinephrine can be a life-saving measure after someone has been unintentionally exposed to an allergen, but it would be much better if we could find the root of the problem and address it, correcting the allergic reaction. before it starts.

Previous research has identified butyrate, a bacterial compound made in the gut, as a potential moderator of allergic reactions to food, and it’s the target of new research presented at a recent meeting of the American Chemical Society. In healthy microbiomes, butyrate is produced naturally and helps maintain the lining of the gut. If your microbiome is out of balance, however, bits of food can leak out of the gut, causing a life-threatening allergic reaction.

Armed with this knowledge, scientists have created ways to supplement butyrate in the microbiome, in hopes of filling gaps in your body’s natural defenses. The results were promising, but not without challenges. Chief among these is that butyrate is disgusting. Researchers have described it as smelling like a combination of dog poop and rancid butter. This makes it difficult to test in animal models and difficult to administer to humans. The ability to enjoy a peanut butter sandwich for your midnight snack could reasonably be outweighed by the need to consume something that smells and tastes like an unwashed kennel or movie theater bathroom.

The trick is to get the butyrate into the body without having to deal with the rancid experience of consuming it. In short, he needs a better delivery system and now he has one. Scientists have devised a new way to package butyrate by combining butanoyloxyethyl methacrylamide – which contains butyrate as a side chain – and methacrylic acid or hydroxypropyl methacrylamide. The end result is small self-assembled packets that contain the butyrate in the center, trapping its harmful characteristics inside their cores.

They tested the sachets, known as polymeric micelles, on mice with food allergies or damaged gut linings and it worked wonders. Once inside the body, the digestive system breaks down the packets and releases the butyrate into the lower intestine. In their experiments, the scientists confirmed that populations of healthy bacteria increased and damaged areas of the intestinal lining were restored.

After treatment, mice that were exposed to peanuts did not have an anaphylactic reaction, providing compelling evidence that butyrate supplementation is effective in addressing the root cause of food allergies. Of course, more research is needed, and future work will involve testing the therapy in other animals and possibly human trials.

Importantly, because butyrate supplementation addresses the microbiome and overall gut health, it is not specific to any allergen. Instead, it has the potential to close the door on a wide range of allergens. It might also be useful in more local reactions if injected into a target site in the body, such as in patients who have had an organ transplant or have localized autoimmune disease.

This is good news not only for people with life-threatening conditions, but even for people who just want special treatment. Everyone should be able to enjoy a cup of peanut butter once in a while.

In the state of Alabama, how many payday loans can you have at one time?