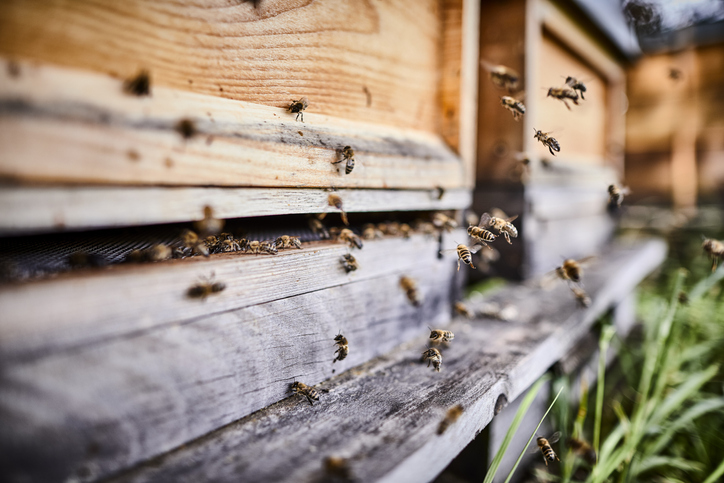 Overall, the results showed that a body cream made from a mixture of bee venom and other bee products (0.1% bee venom, 0.3% propolis extract, 0.45% honey and 1% royal jelly) had a “great antioxidant capacity” at 85.45%. Additionally, the formula has been shown to be non-cytotoxic, with no irritation or allergic reaction in non-allergic individuals, allowing it to be classified as non-irritant.

Further testing would be needed to assess efficacy against skin aging on different skin types, they said, since testing was only done on a very small number of panels (10 women). Larger studies would also provide more information on bee venom levels that could be incorporated into formulas for effective anti-aging properties.

Beyond healthy skin aging, the researchers said the bee product mix could also be studied for UV protection and as a potential option for treating acne.

The researchers said that incorporating bee venom into a topical body care formula was particularly appealing given that it is a “pharmacologically active bee product” already associated with healing against certain skin diseases such as atopic dermatitis and recognized for its antimicrobial activity against acne vulgaris. Bee venom has also been shown to be a photoprotective agent.

“Bee venom may be an exceptionally beneficial natural ingredient for the cosmetics industry due to its anti-inflammatory activity and healing properties”,wrote the researchers.

Importantly, when used in combination with other bee products, especially propolis, the final formula offered “high antioxidant activity”​ – a significant benefit for the cosmetics industry looking to develop anti-aging formulations, they said. This high antioxidant activity also offered stability and storage guarantees, with tests indicating the product could be used for 12 months after opening with no impact on color or appearance.

Propolis was also a “Strong Adhesive”​ with various biological activities – antioxidant, anti-inflammatory, antiviral and antifungal – and also recognized for its healing properties and its protection against the harmful effects of UV rays and free radicals. The royal jelly was associated with potential protection against UVB-induced photoaging by increasing collagen production and the honey worked to soften, hydrate and smooth the skin.

However, the researchers said “particular attention”should be made in any marketing of such a product due to the side effects associated with bee venom in certain susceptible individuals.

While there was a “increasing interest in the functions of bee venom in the cosmetic field”,They said any product would require very clear statements on the packaging regarding the quantity and the specific components of the product.

How to get the most out of Living Paycheck to Paycheck