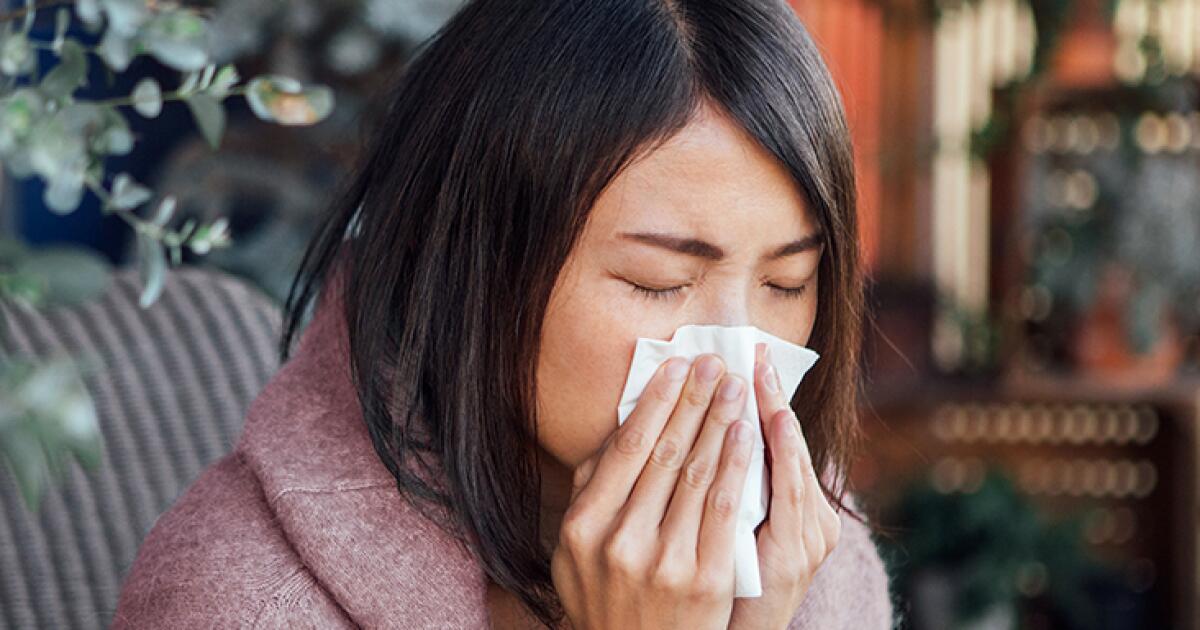 This article defines atopy. It also discusses associated conditions, symptoms, treatments, and causes of the disease.

Atopy is a Greek word for the tendency to produce immunoglobulin E (IgE) antibodies after minimal exposure to allergens, such as dust mites, pollen, or certain types of food.

Immunoglobulins are molecules that the body produces in response to exposure to antigens or toxins and other foreign substances. When the body recognizes the presence of an antigen, it creates these molecules to alert the immune system to react accordingly.

Research shows that atopy often begins in childhood, usually at higher rates in men than in women. However, women seem to have more symptoms in adolescence and adulthood.

A significant portion of the general population suffers from atopy. Research shows that this share is 10-30% in developed countries.

The most common types of atopic disease include:

Allergic rhinitis occurs when your nose is irritated by a substance to which you are allergic. This condition usually occurs after inhaling something that you are allergic to. Allergens can include:

Symptoms of allergic rhinitis include:

Treatment may include over-the-counter (OTC) medications or prescription medications. Mild allergic rhinitis can be treated with a saline nasal wash to help remove mucus from inside the nasal passage.

Atopic dermatitis is a type of chronic skin condition that causes itching, redness, and scaly rashes. This condition often begins within the first 6 months of an infant’s life. Although the disease is chronic, many people notice that their symptoms start to fade around adulthood. However, other people still experience flare-ups of atopic dermatitis well into adulthood.

Symptoms of atopic dermatitis can include:

Your doctor or dermatologist can help you identify your triggers and find the most effective treatment for you.

Asthma is a disease that affects your lungs. It is the most common chronic disease in children, although adults can also develop asthma.

Asthma symptoms can range from mild to severe and can include:

Asthma attacks happen when something, like an allergen, irritates or upsets your lungs.

Asthma treatments may include:

It is important for people with asthma to work closely with their doctor to create an effective treatment plan.

Food allergies occur when the body has an immune response to specific types of food. Food allergies affect approximately 8% of children in the United States. Some children may develop an allergy when they reach adulthood.

However, food allergies are also common in adults. A recent study of over 40,000 adults reported that 10.8% of adults had a food allergy.

Symptoms of a food allergy can range from mild to severe and can include:

A serious reaction called anaphylaxis may occur in some cases. This is a medical emergency and requires immediate treatment.

Anaphylaxis is a severe reaction to a trigger, such as an allergy, and can be life threatening.

Symptoms can appear quickly and include:

If you or someone you know develops these symptoms, you should:

A person may need more than one injection with an epinephrine pen. If symptoms do not begin to resolve within 5 minutes, give a second injection if one is available.

Treating food allergies first requires preventing the allergy from occurring. Work with your doctor to identify any food allergies and avoid them as often as possible.

There are two types of medications that generally treat food allergies.

The exact cause of atopy is unknown. However, researchers believe that genetic factors may play a major role.

It is possible that some people have a genetic predisposition to develop a disease such as atopy. Some researchers believe that this results from abnormal regulation by helper T cells and suppressor T cells which generally contribute to the production of IgE plasma cells.

Here are some other questions people have asked about atopy, which Marc Meth, MD, FACAAI, FAAAI, reviewed.

What is the difference between atopy and allergy?

Atopy refers to an individual’s genetic tendency to develop hypersensitivity disorders involving an exaggerated IgE-mediated immune response to a foreign substance. These disorders include allergic rhinitis, asthma, eczema and food allergies. On the other hand, an allergy is an overreaction to any foreign substance.

Atopic symptoms can range from mild to dangerous. Depending on the type of atopy, some mild symptoms may include:

However, rare atopic cases can lead to anaphylaxis. This is a whole-body reaction that can cause the airways to narrow and lead to loss of consciousness. Anaphylaxis is an emergency and requires immediate treatment.

Atopy is a genetic tendency to have a hypersensitivity disorder involving an exaggerated IgE-mediated immune response to a foreign substance. This condition is associated with allergies such as eczema, asthma or allergic rhinitis. Symptoms of atopy can range from mild to severe.

Talk to your doctor if you or a loved one has allergies. They may recommend seeing an allergist or immunologist for allergy skin testing and help create an effective treatment and prevention plan for your specific condition.

Butyrate supplementation found to be effective in treating food allergies