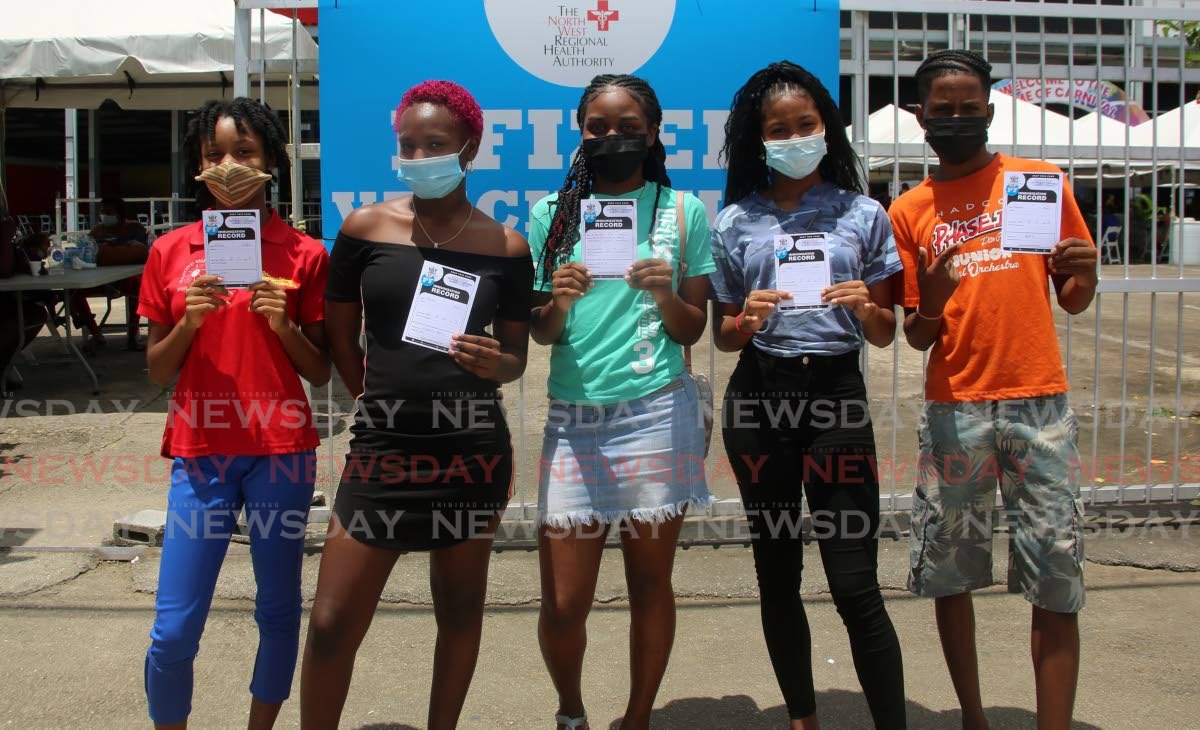 Anxiety caused by covid19, the most common side effect in children

There have been no cases of myocarditis, pericarditis or significant cases of anaphylaxis in children caused by the Pfizer covid19 vaccine in TT according to Dr. Joanne Paul, chief of the pediatric emergency department, Eric Williams Medical Sciences Complex, Mt Hope.

Speaking at the Department of Health’s virtual press conference on Saturday, Paul said Pfizer’s myocarditis and pericarditis among 12-18 year olds was one to two per million.

â€œThe reality is that in terms of real and significant myocarditis or pericarditis, we haven’t had any. What we found, most of the side effects were related to anxiety and anxiety – strongly.

â€œChildren, especially in this age group, can be so anxious that they can have chest pain. It’s just a matter of stomach irritation, they feel they might have vasovagal episodes where they feel a little weak. But once you’ve resolved the anxiety and they’re reassured, their symptoms will go away.

She said that with anaphylaxis or allergic reactions, the tongue, lips, eyelids and face swell, breathing is difficult, a rash may develop, etc. Asked about the teenager who allegedly had an allergic reaction to the vaccine on Aug. 18, she replied that this too was linked to anxiety.

â€œThe patient was transferred to the emergency room and was assessed there. The point is, if you are having an anxiety attack you may feel like you can’t breathe, it’s almost like hyperventilating. When the patient was assessed, we found that there were a lot of symptoms related to anxiety. “

Responding to questions posed to her by members of the public about returning children to school, she said physical school is important for the socialization and mental health of children, especially adolescents. Therefore, it was necessary that the students, teachers and administrative staff of the school be vaccinated so that the children could return to physical school.

â€œOf course when we have them in school, we will have an increase in infections because more (people) are in a particular area. There is going to be some transmission but, once they are vaccinated, we will not have a wave, intensive care cases and death. “

She said people should maintain four layers of protection by adhering to public health measures, getting vaccinated, strengthening the immune system and taking care of their mental health.

Caroni’s country health officer Dr Jeanine St Bernard endorsed the vaccination of the children saying she was wearing hers to get vaccinated on the first day of the deployment.

She said her kids wanted to go back to school in person as it allowed them to ask questions directly to teachers and work as a team on projects, problem-solve and play sports. It also allows visual, auditory, kinesthetic, reading and writing learning.

â€œYou can exchange ideas with your friends, share concerns that you have face to face. Children need this face-to-face environment to truly thrive.

Paul added that most of the children infected with covid19 were asymptomatic, while 2% had severe cases and 55 had confirmed cases of multisystem inflammatory syndrome in children (MIS-C).

â€œWe’ve had the most in the Caribbean. In fact, we are about four to five times more per capita than any country in the Caribbean. We don’t know why, but we do know that we have confirmed them, treated them and that there have been no deaths from MIS-C in Trinidad so far. “

She said it was important to vaccinate children to protect children from the delta variant which affected the unvaccinated, young people and children. It would also help the country achieve collective immunity, reduce the need for hospitalization, intensive care and death.

â€œIf you have an unvaccinated population, the virus moves from one to the other very quickly and it accelerates. It’s almost exponential, it’s almost like an avalanche so it goes very quickly.

â€œNow with the vaccination, it’s like having mini beakers. So as soon as it goes from here to here, it stops it, it slows it down, so you don’t have that push, that acceleration going on.

Chief medical officer Dr Roshan Parasram said 37,657, or about 41 percent, of some 90,000 high school students received at least one dose of the Pfizer vaccine.

In addition, with Pfizer, the immune response in children was just under 100% protection against serious illness and death, which was a much better immune response than in adults.

Are there healthy and unhealthy carbohydrates?