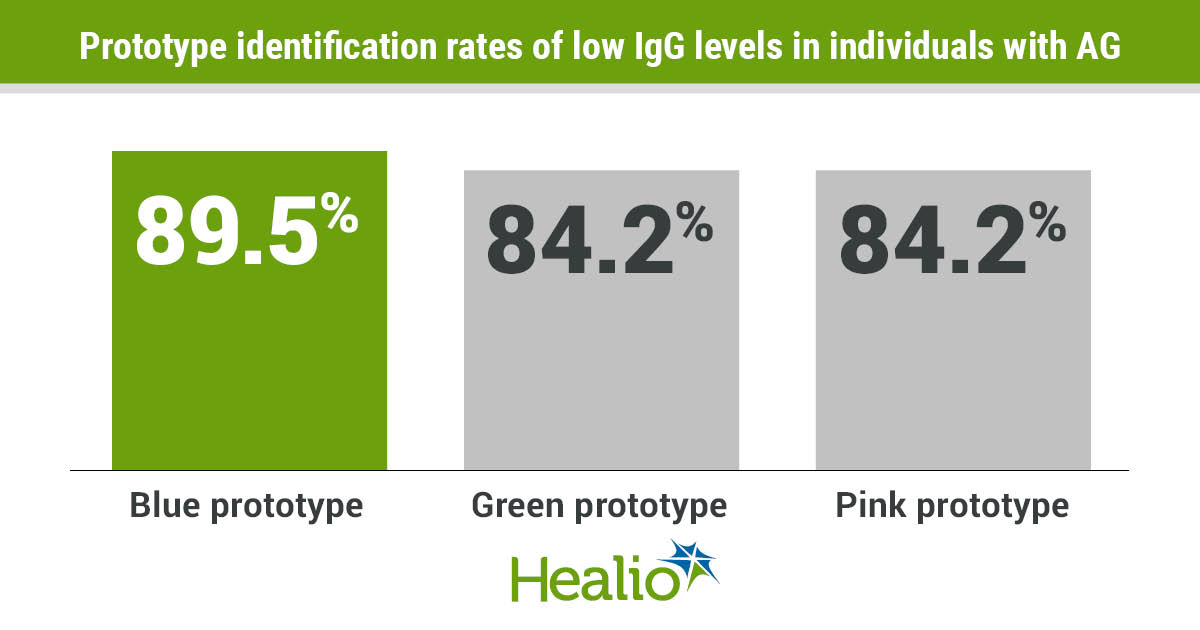 According to a study published in Journal of Clinical Immunology.

The Rapid IgG Screen, or RIgGS, test could be used in underserved areas with limited resources to help identify children with primary antibody deficiencies (PADs) who may be at risk of contracting and spreading, researchers say. polioviruses by vaccination against poliomyelitis.

The need for testing

But currently, the researchers added, there are no rapid diagnostic tests available that can screen individuals for MAP at the point of care in low- and middle-income countries.

“This means they are much more likely to shed virus for an extended period of time, increasing the risk of mutating into a vaccine-derived poliovirus that can cause paralysis,” Peck said.

Global polio eradication efforts require effective tools to identify people with PID, Peck said, which is why PATH is advancing the development of a rapid diagnostic test that helps detect PID by identifying low levels of antibodies that indicate these diseases.

The availability of a rapid diagnostic test that could be used anywhere would be particularly important in rural and low-resource settings, Peck continued, as the tests are currently only available at referral centers in large cities. cities, making them difficult for many people to access.

“This testing could become even more important when the wild polio virus is eradicated,” Peck said. “Individuals with prolonged shedding of vaccine poliovirus could be the final reservoir of poliovirus at this stage.”

Screening and diagnostic tests will be important tools that work in tandem with drugs being developed and evaluated to clear the virus from these people, Peck said.

The performance of the prototypes

Researchers have developed three prototypes designed to determine IgG threshold levels that indicate PAD in less than 20 minutes using fingerstick blood, plasma, or sera in a simple workflow that requires no power or instrumentation .

The prototypes target agammaglobulinemia (AG), common variable immunodeficiency (CVID) and hyper-immunoglobulin M syndrome (HIGM), which are the main causes of PAD. Designated blue, green and pink, the three prototypes differ in their construction and the amount of protein A and protein L used on their lower membranes.

Based on a review of the literature, the prototypes were designed to detect approximately 3 g/L of IgG as an initial threshold for identifying children at risk for PAD. The researchers used commercially available serum samples (Discovery Life Sciences) with IgG levels ranging from 0.12 g/L to 5.76 g/L to develop the prototypes, although these samples were not from necessarily of individuals with PID.

When all 19 samples from individuals with AI not yet receiving IV IgG replacement therapy were tested, with baseline IgG results ranging from 0.1 g/L to 3.1 g/L, the blue prototype was non-reactive (indicating low IgG levels) in 17 (89.5%) of tests. The green and pink prototypes were each unresponsive in 16 cases (84.2%).

With baseline IgG test results of 5.7 g/L to 12.4 g/L, the three prototypes responded to 100% of sample testing from eight patients with AI who had received IV IgG therapy.

The tests also included samples from 24 people with CVID who had not received IV IgG replacement therapy, with baseline IgG results between 0.2 g/L and 4.8 g/L. The blue and pink prototypes were each non-responsive in seven (29.2%) of the tests, and the green was non-responsive in nine (37.5%).

There were also 14 samples from people with HIGM who had not received IV IgG replacement therapy, with baseline IgG test results of 0.1 g/L to 3.5 g/L and IgM ranging from 1 g/L to 20.8 g/L. Each of the three prototypes was non-responsive in five (35.7%) of the tests.

The researchers said the blue prototype had the preferred form factor, incorporating sample collection and its test case, and user-friendly features, as it did not require sample dilution or pre-measured buffer.

The blue prototype also had the highest agreement with reference values, with full agreement across all case definitions at 67.4%, meaning it could tell the difference between low IgG levels associated with GA and normal levels of IgG antibodies.

“The most surprising results were when we moved from samples used for product development to evaluating prototypes with archived samples from PID patients in Tunisia,” Peck said.

The evaluation in Tunisia indicated that the test did not accurately classify HIGM and CVID, which are important for a screening test to identify.

“Based on our research and development and the specimens we had to guide our progress, we believed the test prototypes would work well,” Peck said. “The reality was that these PID subgroups expressed more variability than expected, resulting in performance that was not quite what we expected.”

The next stages of development

Next, the researchers said development should focus on refining the dosing threshold and attenuation effect of HIGM samples to improve identification of those at risk of PAD and prevent or discontinue polio vaccine administration. oral which could lead to outbreaks of VDPV.

“We hope this test will be a tool to help identify people with PID in resource-limited settings, directing them to appropriate follow-up for confirmatory diagnosis and appropriate care and treatment,” Peck said.

“We believe that the information generated by disease surveillance programs that use this test would help inform appropriate evidence-based community action, including education, prevention, and the appropriate use of vaccines and treatments,” he continued.

Since the study’s publication, Peck said researchers have advanced the prototype by continuing research and development to adjust the test threshold to better address performance with HIGM and CVID patients and that it makes the subject of another series of independent assessments in Tunisia.

“If Tunisia’s assessment is favourable, we will continue with a technology transfer of the product to a manufacturer,” Peck said. “PATH will work with the manufacturer and its partners to conduct evaluation studies in intended use parameters and can support regulatory submissions. After that, the manufacturer will take care of the marketing and sustainable supply of the test.

Roger B. PeckBSc, can be contacted at [email protected]