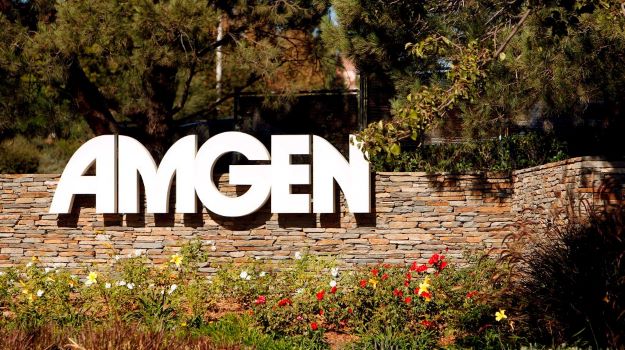 Four months later forge a collaboration develop an experimental treatment for atopic dermatitis, Amgen and from Japan Kyowa Kirin are starting to see the fruits of this agreement with positive Phase II data for AMG 451 / KHK4083, a potential first-order anti-OX40 monoclonal antibody.

In a presentation at the 30th Annual Meeting of the European Academy of Dermatology and Venereology (EADV), Amgen and Kyowa Kirin showed that AMG 451 / KHK4083 exhibited statistically greater improvements over baseline. EASI (Eczema Area and Severity Index) score at 16 weeks compared to placebo, the primary endpoint of the study. The investigational drug was administered to patients with chronic, relapsing, moderate to severe atopic dermatitis. In addition, patients who received AMG 451 / KHK4083 saw their efficacy gradually improve after 16 weeks. AMG 451 / KHK4083 is under development as a potential treatment for adult patients with moderate to severe atopic dermatitis.

The study also met key secondary endpoints, including a 75% reduction from baseline in EASI score.

AMG 451 / KHK4083 targets and inhibits the activity of the OX40 receptor, which is expressed on the surface of activated effector T cells, and has been shown to enhance the depletion of OX40 + T cells activated by ADCC. The companies noted that T cells expressing OX40 are present in lesions of patients with atopic dermatitis and are essential in the pathophysiology of the disease.

Yoshifumi Torii, head of Kyowa Kirin’s research and development division, said the results of the phase II study demonstrate that inhibition and suppression of OX40-expressing cells could be an important new approach for the treatment of moderate to severe atopic dermatitis.

Dr David M. Reese, executive vice president of research and development at Amgen, said data from the phase II study offers strong evidence for AMG 451 / KHK4083 as a potential treatment for patients with atopic dermatitis, which affects nearly 30 million people across the globe. Reese said the two companies plan to launch a Phase III study of this atopic dermatitis asset in the first half of 2022.

Amgen and Kyowa Kirin teamed up successfully in the 1980s to develop the treatment for Epogen anemia. This drug was Amgen’s first drug to gain regulatory approval in the United States. In addition to Epogen, Amgen and Kyowa Kirin have collaborated on the development of other drugs to gain US Food and Drug Administration (FDA) approval, including Neupogen, Neulasta, and Nplate.

Under the most recent collaboration, Kyowa Kirin will retain the commercial rights to AMG 451 / KHK4083 in Japan. If approved, the companies will co-promote the asset in the United States and Kyowa Kirin has the right to opt for co-promotion in certain other markets including Europe and Asia.

What is aspirin-induced asthma? Causes, symptoms and more