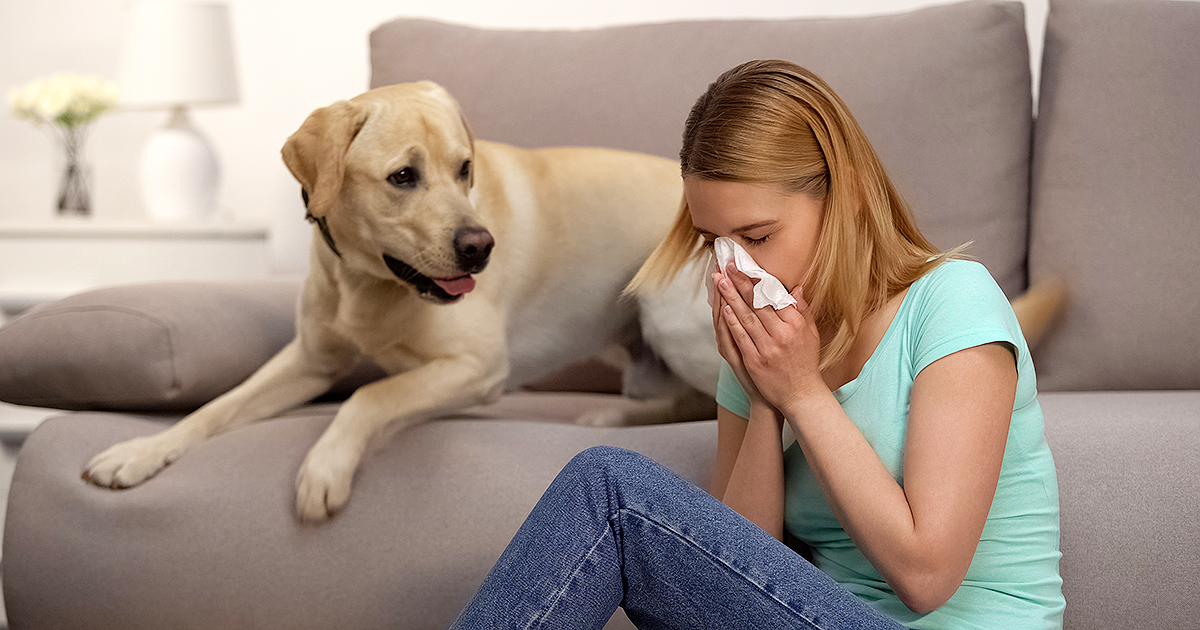 CHAPEL HILL, NC (StudyFinds.org) — Could pollen and seasonal allergens actually protect some people from COVID-19? Researchers from North Carolina have found that people with allergic asthma are less likely to have a serious infection.

For people with allergic asthma, the same triggers that cause many people to sneeze when their allergies strike cause others to have an asthma attack. The study uncovered the protective role that interleukin-12 (IL-13) plays in the bodies of these individuals.

“We knew there had to be a biomechanical reason why people with allergic asthma seemed more protected against serious disease,” says Camille Ehre, PhD, assistant professor of pediatrics at UNC School of Medicine in a statement. university. “Our research team discovered a number of important cellular changes, particularly due to IL-13, which lead us to conclude that IL-13 plays a unique role in the defense against SARS infection. -CoV-2 in certain patient populations.

Prevent COVID from spreading through the lungs?

Normally, researchers cannot use cytokines such as IL-13 in clinical treatments because they trigger inflammation. However, the study researchers still found it important to study their mechanism of action and how they protect cells from foreign invaders. This has the potential to reveal new therapeutic targets beyond the use of cytokines.

The research team used genetic analysis of human airway cell cultures infected with SARS-CoV-2 (the virus that causes COVID-19) to study the gene expression of the human protein ACE2 on types of specific cells and the amount of virus found in the cell population.

The scientists used electron microscopy to examine the amount of virus coming from infected hair cells, which move mucus along the surface of the airways. They also found massive changes inside human cells following viral infection. The changes accumulated in the infected hair cells, causing the progressive loss of airway surface.

“This shedding is what provides a large viral reservoir for the spread and transmission of SARS-CoV-2,” says Dr. Ehre. “It also appears to increase the potential for infected cells to travel to deeper lung tissue.”

A key protein can block the virus

Further experiments on infected airway cells revealed a strong reduction in the mucus protein MUC5AC. The team suggests that the exhaustion could stem from excess protein secretion as cells attempt to trap invading viruses. However, in an endemic viral infection, cellular efforts were in vain as the presence of the virus continued to grow.

The importance of MUC5AC sparked the interest of researchers who knew from previous studies that patients with allergic asthma overproduced MUC5AC and were less susceptible to severe COVID. Moreover, they also knew that when asthma patients are exposed to an allergen, the cytokine IL-13 increases the secretion of MUC5AC in the lungs.

Mimicking the airways of people with asthma, they infected human airway cells and then treated them with IL-13. Their findings showed a significant decrease in the amount of virus in the lungs, the shedding rate of infected cells, and the number of infected cells. The reduction remained even when the mucus was removed from cell cultures, indicating that IL-13 has multiple methods to defend against SARS-CoV-2.

“We believe this research further shows how important it is to treat SARS-CoV-2 infection as early as possible,” concludes Dr. Ehre. “And it shows how important the specific mechanisms involving ACE2 and IL-13 are, as we do our best to protect patients from developing serious infections.”

The study is published in the Proceedings of the National Academy of Sciences.

Why Tax Refund Loans Are Bad: Fees, Interest, and Risk