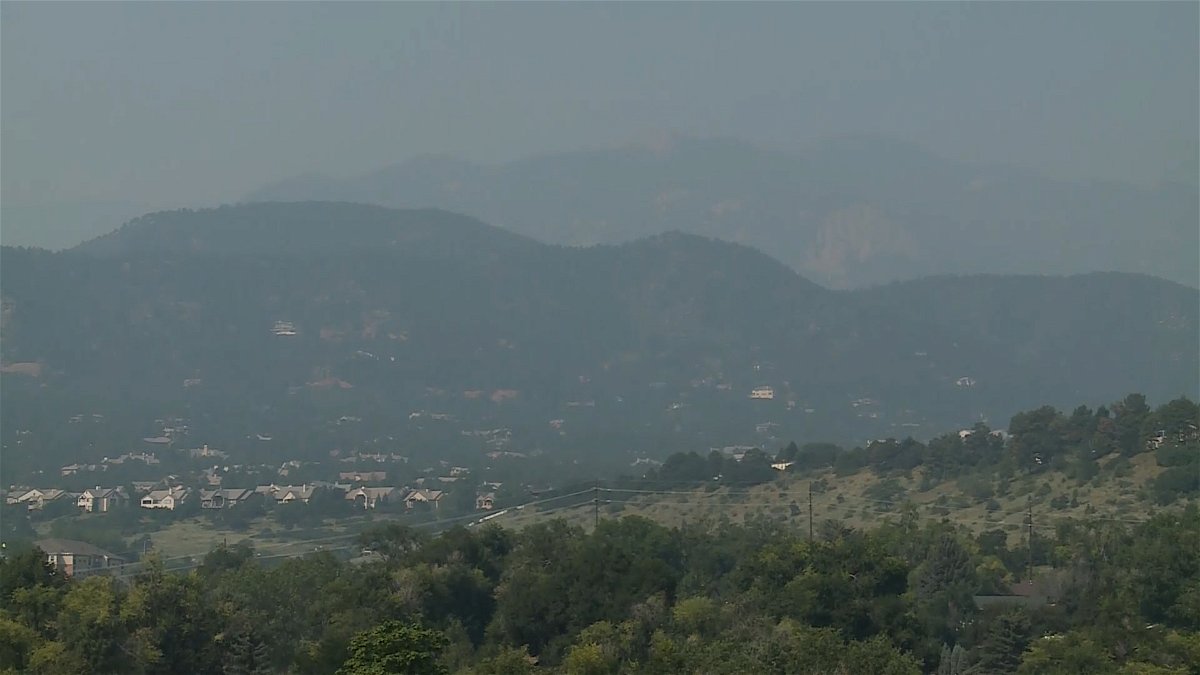 According to IQAir, the air quality index peaked at 116 on Sunday, August 1. For context, any figure above 50 is considered moderate air quality. Anything over 100 is unhealthy for sensitive groups.

In addition, on Thursday August 5, an AQI of 103 was reached. These air quality levels are rare in the Colorado Springs area.

Colorado Springs is 182nd in terms of annual particulate pollution out of 199 metropolitan areas, according to the American Lung Association. In other words, poor air quality is rare in the region.

However, respiratory and asthma doctors have seen an increase in the number of patients reporting breathing problems over the past week.

“It has been very busy,” said James Fulton, physician with Asthma & Allergy Associates in Colorado Springs. “We have seen an increase in the number of patients.”

Dr Fulton said the increase in the number of patients is largely due to air pollution caused by wildfires in California and parts of Canada.

Smoke from the fires spread through Colorado as the flames were hundreds of miles away. The Dixie Fire, California’s largest active blaze, destroyed “over 100 homes” and by Thursday night it had already burned 361,812 acres and was only 35% contained.

Fulton mentioned a series of ways people with pre-existing conditions can protect themselves.

“The best thing people can do is close all windows and doors, and the use of high efficiency air filters can be very helpful,” said Dr Fulton.

To check the air quality in your area, go to the IQAir website.